A doctoral student struggling with personal issues and stress from the workload had neglected his research and missed self-imposed deadlines for six weeks last summer when he got a text from his advisor, asking to meet. 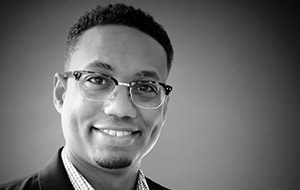 “The first thing Ron says to me is: ‘I think you know why you’re here, and before we start this conversation, I just want to hear from you. How have you been? What’s been going on? I would like to hear about where you are,’” the student recalled.

Hickman’s approach immediately turned a potentially stressful situation into one where the student was able to communicate his frustrations, fears and concerns.

“I left the meeting 90 minutes later emotionally drained, yet rejuvenated and ready to get myself back on track with our team,” the student remembered. “Not once did Ron express discontent, disappointment or anger. He was incredibly understanding, empathetic and encouraging. It was from that point on that I truly understood that Ron wasn’t just invested in me as a student on a team that he mentored, but he was invested in me as a person.”

Such stories of compassion and caring for his students are a pattern, not an exception. With that, Hickman, associate professor at the Frances Payne Bolton School of Nursing and an acute care nurse practitioner, earned a 2016 John S. Diekhoff Mentoring Award.

Diekhoff awards, based on nominations and recommendations by a committee of graduate and professional students, are presented to four full-time faculty members who make exemplary contributions to the education and development of graduate students.

Hickman, who will be recognized for his award Sunday, May 15, at commencement, regarded the acknowledgement as a matter of course.

“That’s the reason we’re here,” he said. “ To encourage our students, to mentor them, to help them pursue and achieve their ambitions.”

Hickman, born and raised in Youngstown, earned an undergraduate degree in biological sciences at Case Western Reserve. He chose the university based on his experience with University Hospitals when his grandfather was a patient there during the college-decision process. That was 1996. He’s been a member of the university community ever since.

His research, for which he received the 2016 Harriet H. Werley New Investigator Award from the Midwest Nursing Research Society, is focused on exactly that: helping patients and families make better health-care choices.

To mold his approach with students, Hickman, who also won a J. Bruce Jackson Award of Excellence in Undergraduate Mentoring in 2013, reflects on mentors who helped guide his own success.

“They picked me up or dragged me along when I needed to be dragged. They provided much-needed perspective,” he said. “I think I do the same thing with our students.”

Another student nominator cited Hickman’s commitment. She described how he spent an entire day with her, working through a project for a sizeable grant application that had to completed within a month. Then, several weeks into the project, he came to campus on a Saturday to work with her on more edits.

“His commitment,” she wrote, “inspires me to remain steadfast in my mission and overcome challenges for the sake of helping others.”