Possible explanation for “withdrawal into self,” a characteristic of the disorder 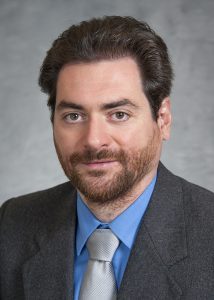 New research from Case Western Reserve University and University of Toronto neuroscientists finds that the brains of children with autism generate more information at rest—a 42 percent increase on average. The study offers a scientific explanation for the most typical characteristic of autism: withdrawal into one’s own inner world. The excess production of information may explain a child’s detachment from his environment.

Published at the end of 2013 in Frontiers in Neuroinformatics, this study is a follow-up to the authors’ prior finding that brain connections are different in children with autism. This paper determined that the differences account for the increased complexity within their brains.

“Our results suggest that autistic children are not interested in social interactions because their brains generate more information at rest, which we interpret as more introspection in line with early descriptions of the disorder,” said Roberto Fernández Galán, senior author and associate professor of neurosciences at Case Western Reserve School of Medicine.

The authors quantified information as engineers normally do, but instead of applying it to signals in electronic devices, they applied it to brain activity recorded with magnetoencephalography. They showed that autistic children’s brains at rest generate more information than those of children who do not have autism. This may explain their lack of interest in external stimuli, including interactions with other people.

The researchers also quantified interactions between brain regions—i.e., the brain’s functional connectivity—and determined the inputs to the brain in the resting state allowing them to interpret the children’s introspection level.

“This is a novel interpretation because it is a different attempt to understand the children’s cognition by analyzing their brain activity,” said José L. Pérez Velázquez, first author and professor of neuroscience at University of Toronto Institute of Medical Science and Department of Pediatrics, Brain and Behavior Center.

“Measuring cognitive processes is not trivial; yet, our findings indicate that this can be done to some extent with well-established mathematical tools from physics and engineering.”

This study provides quantitative support for the relatively new “Intense World Theory” of autism proposed by neuroscientists Henry and Kamila Markram of the Brain Mind Institute in Switzerland, which describes the disorder as the result of hyper-functioning neural circuitry, leading to a state of over-arousal. More generally, the work of Galán and Pérez Velázquez is an initial step in the investigation of how information generation in the brain relates to cognitive/psychological traits and will begin to frame neurophysiological data into psychological aspects. The team now aims to apply a similar approach to patients with schizophrenia.

Galán is a scholar of The Mt. Sinai Health Care Foundation and former fellow of The Alfred P. Sloan Foundation.