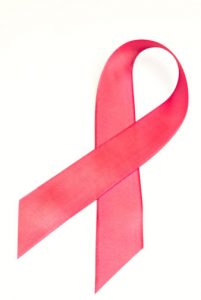 Researchers at Case Western Reserve University School of Medicine have identified a molecule linked to more aggressive forms of breast cancer—a discovery that could point the way to potential cures.

Until this study, the ribonucleic acid (RNA) molecule called miR-181a had never before been tied to breast cancer metastasis. But when scientists found elevated levels of the molecule in late-stage breast cancer tissues, they in turn tested an inhibitor in mouse models. The approach not only prevented metastasis, but also extended the animals’ lives.

“Overall, these findings reinforce our belief that the discovery of miR-181 will become a strong predictive biomarker for breast cancer metastasis, and that the high expression of miR-181 in tumor tissues will pave the way for the development of targeted therapies, better prognosis and increased patient survival,” said lead researcher William Schiemann, associate professor of general medical sciences (oncology) at the medical school and a member of the Case Comprehensive Cancer Center.

The study appears online in The Journal of Clinical Investigation (JCI) and will be published in the journal’s January 2013 edition. Its authors include scientists at Case Western Reserve’s School of Medicine, the Cleveland Clinic and University Hospitals.

“This work, published in the most important journal for patient-based discoveries, points us in the direction of a new genetic change in women with high-risk breast cancer,” said Stanton Gerson, director of the Case Comprehensive Cancer Center. “This research will impact the field by focusing us on new targets for treating and preventing metastasis in patients with breast cancer.”

As breast-cancer tumors spread, they become less responsive to chemotherapy. Generating a cell-based system to replicate such changes enabled the research team to establish the molecule’s effect on breast cancer metastasis. The team also linked high levels of miR-181 with decreased levels of a protein molecule called Bim, which kills cancer cells during chemotherapy. The combination of low Bim levels and elevated miR-181a levels allowed the breast cancers to metastasize and resist chemotherapy.

“The identification of an RNA that regulates cell death may offer a natural molecule that can resensitize metastatic breast cancers to chemotherapy,” Schiemann said.

This grant was supported by the National Institutes of Health (NIH), the Komen Foundation and the University of Colorado Cancer Center Breast Program Gift Fund. Additional support was provided by pilot funds from the Case Comprehensive Cancer Center, which also provided expertise through the Athymic Animal and Xenograft Core, the Imaging Research Core, and the Tissue Resources Core. Finally, M.A. Taylor was supported by the Department of Defense (BC093128).