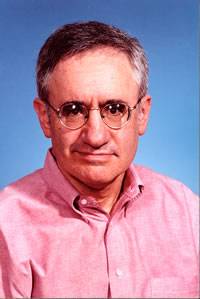 A special class of white blood cell could offer insights regarding ways to spur regeneration in two of the most devastating and stubborn forms of nerve damage—those to the brain and spinal cord.

In a study published in October in the Journal of Neuroscience, Case Western Reserve University School of Medicine’s Richard Zigmond and his research group report on a telling discovery involving the impact of these white blood cells—called macrophages—on peripheral nerve regeneration. The findings point to new frontiers for research regarding opportunities to encourage new growth of injured peripheral and central nervous system fibers.

Scientists have long known that macrophages support regeneration by digesting fragments of the degenerating nerve fibers and “clearing the way” for new growth. When a nerve fiber is cut, the part of the fiber distant from the cell body that contains the nucleus degenerates, but the cell body survives and regenerates a new fiber.

In 1995, Zigmond, professor of neurosciences, and his team found that macrophages not only surround injured nerve fibers, but also surround the cell bodies of these fibers. The cells’ impact on fibers was clear, but until now researchers had not been able to identify macrophages’ role with regard to cell bodies. After all, cell bodies do not degenerate.

The new study involves two mutant mouse strains in which macrophages do not enter the region of nerve cell bodies. This absence, the researchers found, correlated with a striking defect in regrowth of the fiber from the cell body in response to nerve injury.

Zigmond’s team next will seek to understand precisely how the macrophages impact cell bodies, knowledge that could guide future therapeutic applications.