Part of international effort to eliminate HIV by 2020

The leader of Case Western Reserve’s AIDS research center has won two of seven grants that amfAR, the Foundation for AIDS Research, awarded last month to support projects advancing the search for a cure for the human immunodeficiency virus (HIV). 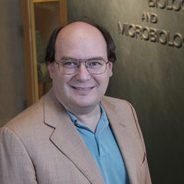 Jonathan Karn, the Reinberger Professor of Molecular Biology and chair of the Department of Molecular Biology and Microbiology, was the only scientist to receive funding for two proposals submitted as part of amfAR’s $100 million Countdown to a Cure project, which aims to identify a scientific basis for a cure for HIV by 2020. Emory University also received two awards, but they went to different scholars.

While scientists have made enormous strides in reducing the effects of HIV in patients, they have not yet been able to clear the virus entirely from the patients’ bodies. Instead, it essentially hides within cells, ready to return to action as soon as treatment therapies cease. Even if therapies continue, the virus can contribute to the development of other ailments such as diabetes or heart disease.

Karn’s funding will allow him to pursue two promising paths: first, he will explore the potential of existing approved medications to expose hidden remnants of HIV; second, he will test a new approach to assess the presence of the virus that would be more accurate and less expensive than existing methods.

amfAR has dubbed this group of awards Innovation Grants, in that they are designed to provide early funding for new ideas for which researchers do not yet have sufficient significant data to secure more robust research support. More simply, these $200,000 grants will provide the resources for researchers to gather data necessary to help determine the true potential of the proposed concepts.

Karn, director of the Case Center for AIDS Research, has been engaged in the battle against HIV and AIDS for decades. In fact, he previously discovered that estrogen can significantly reverse viral latency, or the ability of HIV to remain in the body in the resting “reservoir” phase. His first proposal will support study of other hormones to see whether they have comparable effects.

The second project will seek to address the most problematic aspects of existing approaches to determine how many of the body’s cells contain HIV. First, existing methods require large amounts of blood to establish an accurate measure, which makes testing particularly difficult for patients. Second, these methods also can be prohibitively expensive. Karn’s approach requires much less blood, reducing both the physical and cost burdens; the amfAR grant will allow experiments to determine if the approach is as accurate and efficient as hoped.

The other recipients are Celsa Spina of University of California in San Diego; Andrés Finzi of Université de Montréal; Maud Mavigner and Mirko Paiardini both of Emory University; and James Stivers, of Johns Hopkins University.