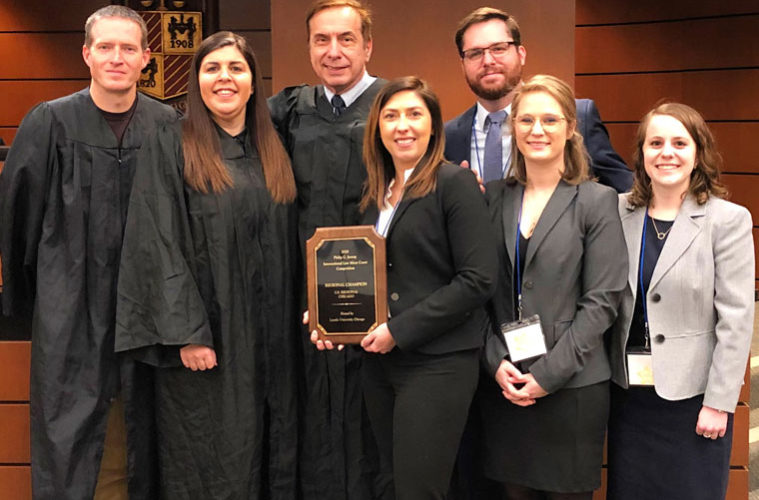 The School of Law’s international law moot court team went undefeated in the Phillip C. Jessup International Law Moot Court Championship held Feb. 7-9. The group finished the weekend 4-0 and was the top seed out of 24 law schools after the preliminary rounds. The team received a Top 5 Best Brief Award and awards for best speaker in the competition (Laura Graham), eighth-best speaker (Andrea Shaia), and ninth-best speaker (Anthony Severyn).  The applicant side, composed of Laura Graham and Elizabeth Safier, then proceeded to beat Wayne State in the quarterfinal round, Loyola in the semifinal round and Wisconsin in the final round.

It was the second year in a row that Case Western Reserve championship, earning a berth in the international rounds in Washington, D.C. in April for the ninth time in 17 years.  CWRU is the most recent U.S. team to win the world championship of the world’s largest, oldest, and most prestigious international moot court competition. The Jessup team was coached by Dean Michael Scharf and Christopher McLaughlin, partner at Jones Day, assisted by faculty members Avi Cover, Jim Johnson, Andrew Pollis, and Cassandra Robertson.