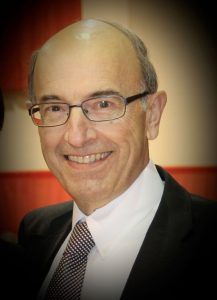 For one thing, the place provided him a powerful foundation for a flourishing career that spanned treatment, research and teaching. For another, it remained home to special colleagues and friends, including Nabil Bissada, a fellow alumnus who now leads the school’s periodontics department.

In the summer 2013, Zanni suffered a fatal heart attack while teaching Boston University (BU) dental students. Two years later, Case Western Reserve’s School of Dental Medicine learned that its graduate had dedicated $3 million from his estate to the school.

“We are grateful for Dr. Zanni’s vision and commitment to both patients and students and for his alma mater,” President Barbara R. Snyder said. “His gift will allow us to continue to advance periodontal research and teaching.”

A Massachusetts native, Zanni returned to his home state after graduation. After an internship at Tufts New England Medical Center, he launched a dentistry practice with his wife, Paula, by his side as his office administrator. In 1976 he earned a certificate of advanced graduate study in periodontics from BU. He later returned to BU and became a clinical associate professor and clinic director in the Department of Periodontology, all while maintaining his practice as well.

After Paula, his wife of 38 years, died in 2007, he devoted even more time and energy to teaching. In 2009 and 2010, his efforts so inspired the residents in BU’s Advanced Specialty Education Program in Periodontics that they awarded him their Excellence in Teaching Award. In 2008 and 2009 he also received the Educator Award from the American Academy of Periodontology. He was co-author of a chapter, “Resective Osseous Surgery,” in a major textbook involving periodontics surgery and implants; he also served on a wide range of professional committees on the regional, state and national levels. One of the benefits of this participation included opportunities to see Case Western Reserve’s Bissada.

“We shared a common love of our specialty,” Bissada said. “Russ was very excited about periodontal research focused on the link between gum disease and other medical conditions.”

For example, Bissada’s research has identified links between gum disease and oral cancer, diabetes, prostate issues and even failures of implants for the hip and knee.

Zanni’s commitment will support the periodontics department. In recognition of his generosity, the periodontal clinic at the Health Education Campus will bear his name.

In addition to the commitment to Case Western Reserve, Zanni also left more than $3 million from his estate to Boston University. Those funds are supporting an endowed full scholarship for a student enrolled in BU’s advanced specialty education program in periodontics.