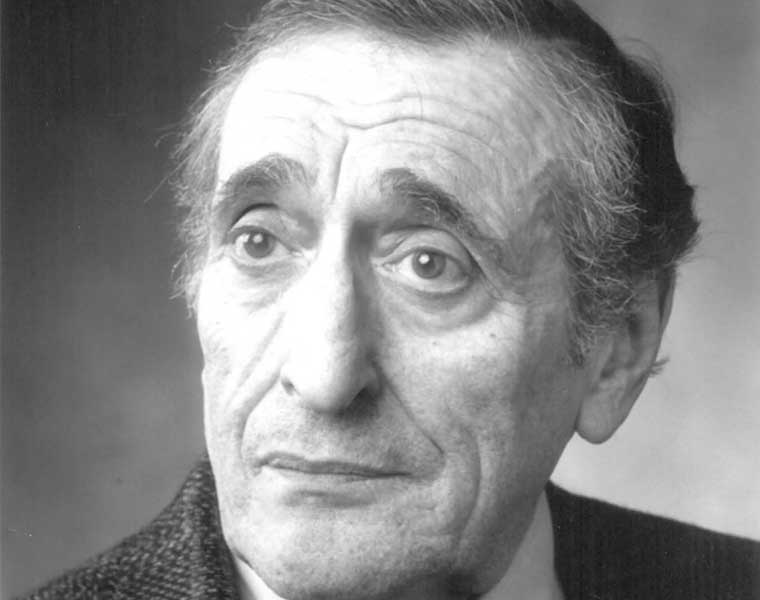 Photo of Samuel Miller in 1994, courtesy of Cleveland Jewish News

Samuel H. Miller, a 1941 Case Western Reserve alumnus who became one of Cleveland’s most influential business leaders, died Thursday. He was 97 years old.

The son of immigrants who grew up poor and speaking only Russian and Yiddish, Miller was able to enroll at the university because of financial assistance it provided. After graduating Phi Beta Kappa, he attended Harvard Business School on a full scholarship, and then served in the U.S. Navy during World War II.

Upon his return to Cleveland, Miller joined a local lumber and hardware business known as Forest City, and went on to play a key role in its evolution first into a real estate firm and then a nationally recognized commercial developer. No matter how professionally successful he became, however, Miller maintained great empathy for those who faced economic challenges similar to his own growing up. He made significant contributions to a Case Western Reserve program providing science enrichment programs for local high school students, for example, and later endowed a large undergraduate scholarship fund.

“Sam was a remarkable leader whose community vision had a profound impact on our city and region as well as our campus,” President Barbara R. Snyder said. “His generous support has made a tremendous difference for Case Western Reserve’s students, staff and faculty, as well as for promising Cleveland high school students who participate in our programs.”

In recognition of his extensive support for Case Western Reserve, the university named the western entrance to Adelbert Hall the Samuel H. Miller Plaza. After learning of Miller’s passing, Lt. Gov. Jon Husted told cleveland.com about seeing the space during a visit to campus this week.

“Just yesterday I was at Case Western Reserve and walked through the Sam Miller plaza; there are so many places you go in Cleveland and you see how he made it better,” Husted told the news site. “I will miss Sam and so will Cleveland.”

Indeed, Miller did not limit his philanthropy to this campus, also leading fundraising efforts for inner-city Catholic schools, supporting cardiac care and other activities at Cleveland Clinic, and giving to other causes including Playhouse Square and the Cleveland Orchestra.

Services for Miller are scheduled for 1 p.m. Sunday at Park Synagogue in Cleveland Heights; he is survived by his wife, Maria, four children, eight grandchildren and two great-grandchildren.