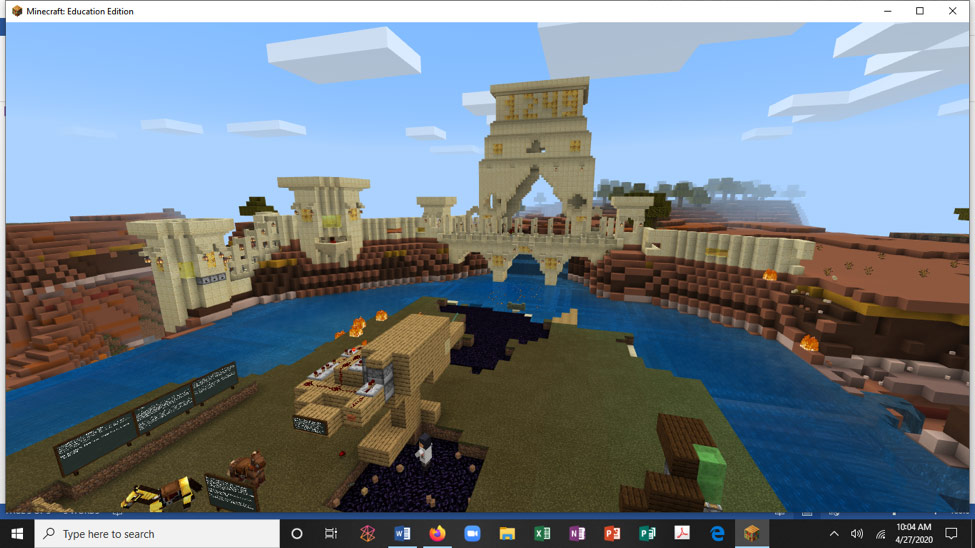 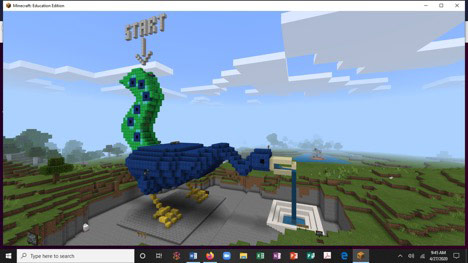 A peacock for ritual ablution from the "Book of Knowledge of Ingenious Mechanical Devices" by Ibn al-Razzaz al-Jazari (9th century) (Andrew Xavier). 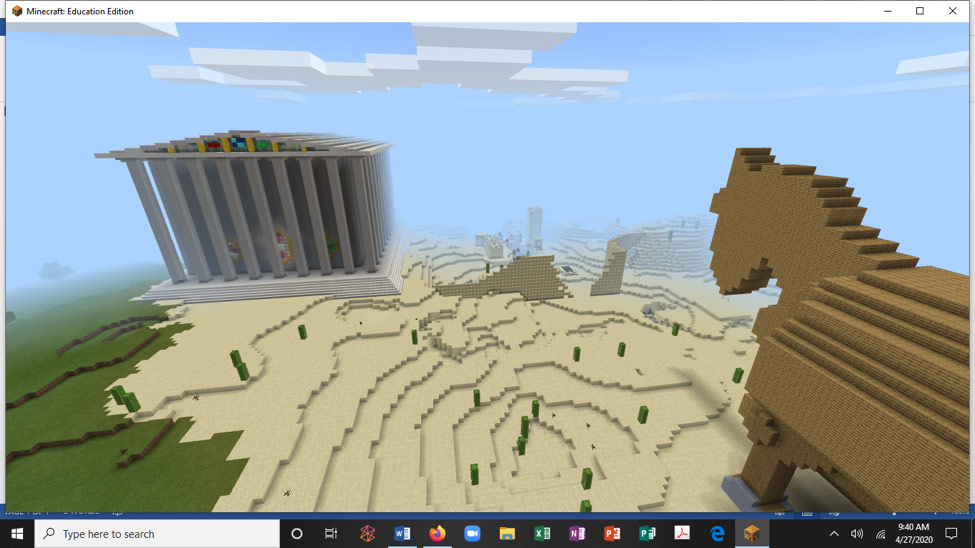 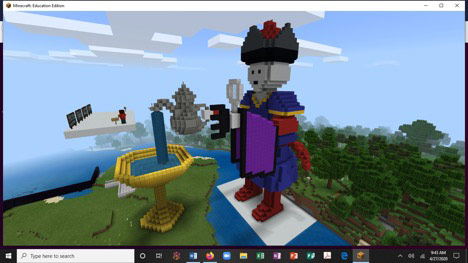 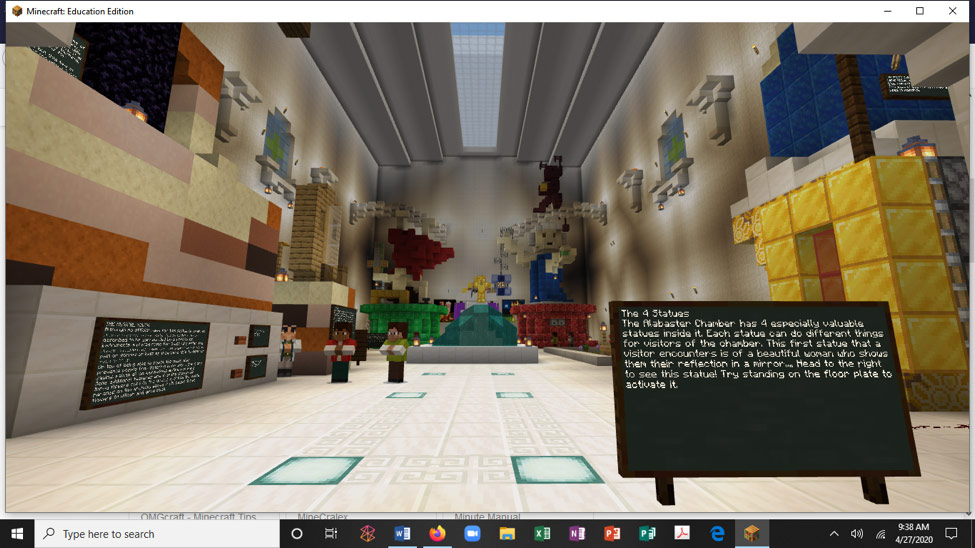 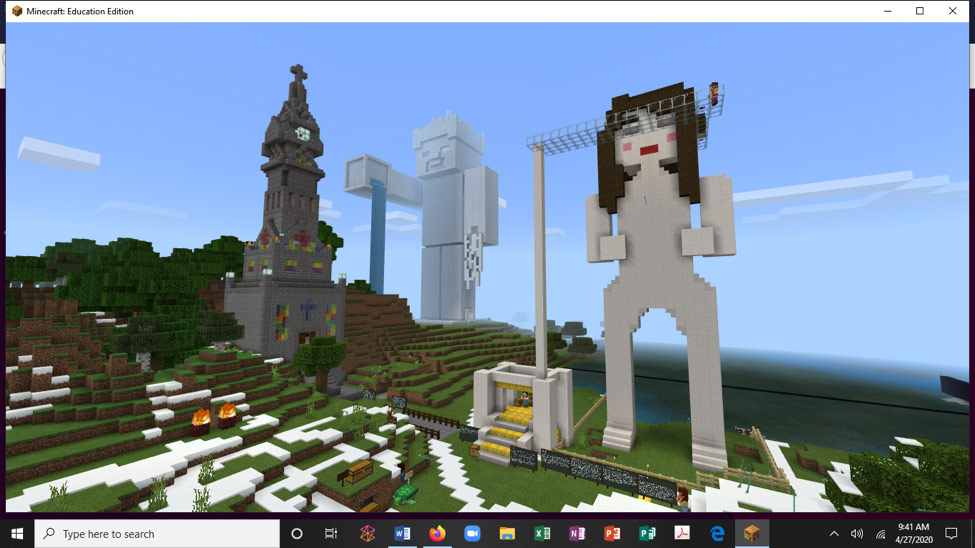 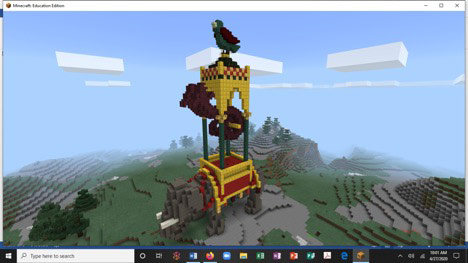 “Medieval robots” may sound like menacing characters in a graphic novel or sci-fi blockbuster, but there actually were robots (also called automatons) in medieval literature. Case Western Reserve University students had the opportunity to learn more about them in an interdisciplinary SAGES seminar, Medieval Robots (USNA 28E 100/101), which combined discussions about those mechanical creatures with modern conversations about artificial intelligence and robotics.

In addition to reading required text and writing essays, students initially expected to build their own robots using technology provided by the Larry Sears and Sally Zlotnick Sears think[box]. But when the university moved to remote learning due to COVID-19, their teacher, Gabrielle (Brie) Parkin, full-time instructor in the Department of English, had to scramble for an alternative project. The solution came in the form of a video game known to most students: Minecraft. Thanks to fast work by University Technology, students were able to access a specially designed Minecraft server, where they created imaginative worlds for their robots using medieval texts as their guide.

“The students have done amazing work, especially under difficult circumstances,” said Parkin, who had to learn Minecraft for the class. “I’m just so proud of the things they’ve built in Minecraft and the way they’ve used that space to invent, create and teach.”

In April, seniors Parv Sud and Igor Tutelman decided to pass the time during the COVID-19 pandemic with Minecraft, a game they had played when they were younger. As they invested more time in the game, more friends joined in and, eventually, it led them to create a server to connect with others, including members of the campus community

“The server has allowed us to create a social circle like no other,” Sud said.

Their virtual world is hosted on a third-party server that allows for more plugins, including the ability to use a currency.
Though the server is independent of their studies at CWRU, the group of friends routinely spends a few hours a day working on their seaside town and invites other members of the community to join. Learn more about the server and find out how to participate.

With fantastical creations like mechanical birds, teleporting brass horses and automaton warriors, the medieval world had many examples of what today might be considered robots. To think about them in a modern context, the students studied medieval literature, blueprints and art alongside current writings about the ethics of artificial intelligence (AI).

“By reading about older devices and building them, students not only come to understand elemental principles of engineering,” Parkin said, “they are better able to think about what it would mean for people in the Middle Ages to have such a device in their lives.”

Students were encouraged to question the impact of modern AI and robotic technologies on daily life. For example, how do personal assistants like Alexa govern our lives?  Do crime detection algorithms potentially reinforce racial biases?

“These medieval texts were working through many of the questions that are at the core of these debates [today],” she said.

Hayley Wagreich, a sophomore engineering major, said the seminar exposed her to a new type of reading: medieval literature. “The reading was difficult and I struggled at times,” she said. “But I think it was really helpful to learn to approach literature in a critical way.”

Ian Stevenson, a sophomore majoring in mathematics and physics, learned lessons beyond medieval literature and robots, including how to present to an audience. In the final week of class, students invited their families to join the Zoom meeting to see the work they had created on Minecraft. “That was a nice experience that I’ve never had before,” he said.