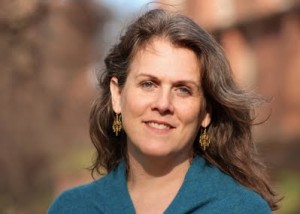 The campus community is invited to attend the 2014 Edward S. and Melinda Melton Sadar Lecture in Writing in the Disciplines, given by Ann Jurecic, associate professor of English at Rutgers University. Her talk will be Wednesday, April 16, at 4 p.m. in the Thwing Center’s 1914 lounge.

Published accounts of personal illness are easy to find in the contemporary United States—some might say too easy. We encounter them in books, magazines, and films, in vast quantities online, and even compressed into 140 characters on Twitter.

The general willingness to disclose information about sickness would have been unthinkable a century ago. American and British literature, for instance, is virtually silent on the topic of the 1918 flu. But 70 years later, an outpouring of memoirs about AIDS established the illness narrative as both a popular and literary genre. It has, in turn, inspired memoirs about disability and, more recently, genetic risk.

In this talk, Jurecic will discuss the emergence of narratives about illness and embodied experience during the 20th century and consider what cultural work these narratives do. She will also examine contemporary memoirs about genetics and genomics and ask how the stories we tell about health, illness, risk, and the self are evolving as our understanding of humanity is transformed by personal DNA testing.

Jurecic’s book, Illness as Narrative (2012), charts the emergence of personal writing about illness in the twentieth century and explores the problems these works pose for culture and criticism. Jurecic’s articles include “Life Narratives in the Genomic Age” (The Lancet, March 2014) and “Empathy and the Critic” (College English, 2011). She recently completed a book about writing, Habits of the Creative Mind, co-authored with Richard E. Miller and forthcoming in 2014.