A surgical sedative may hold the key to reversing the devastating symptoms of a neurodevelopmental disorder found almost exclusively in females. Ketamine, used primarily for operative procedures, has shown such promise in mouse models that Case Western Reserve and Cleveland Clinic researchers soon will launch a two-year clinical trial using low doses of the medication in up to 35 individuals with Rett Syndrome. 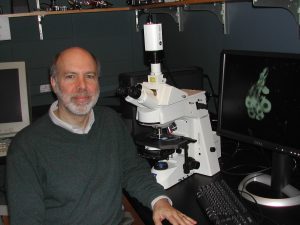 The $1.3 million grant from Rett Syndrome Research Trust (RSRT) represents a landmark step in area researchers’ efforts to create a true regional collaborative that capitalizes on the diverse expertise of scientists and clinicians all dedicated to improving the lives of individuals struck with this and other autism spectrum disorders. David Katz, professor in the Department of Neurosciences, and Thomas Frazier II, director of Cleveland Clinic Center for Autism, led creation of a Northeast Ohio consortium three years ago to encourage research partnerships among basic scientists and clinicians. Cleveland Clinic, University Hospitals and Case Western Reserve each contributed seed funding; the consortium also is affiliated with the university’s International Center for Autism Research and Education.

Rett Syndrome, which occurs in roughly 1 of every 10,000 female births, leads to a constellation of symptoms mirroring those of autism, Parkinson’s disease, cerebral palsy and anxiety disorders. Its presence does not appear until after birth; symptoms often do not begin to appear until the child reaches six months of age. Development slows, communication skills decline, and motor skills also are affected. The rate of growth of the head decreases, and seizures and/or disruptions in breathing patterns are common.

First identified in the 1960s, Rett Syndrome did not reach mainstream public awareness until the 1980s. In 1999, scientists at Baylor University identified the syndrome’s cause—mutations of a gene called MECP2 on the X chromosome. This gene has more than 200 different mutations, however, and to date no cure has been found. Treatment generally focuses on managing the conditions that accompany the disorder.

Katz had greater aspirations. A nationally renowned expert on Rett Syndrome, he built a case for testing ketamine in humans through intensive study of the medication’s impact on mice. Using mice that were genetically engineered animals to model the human disease, they discovered that the mice showed imbalances in nerve cell activity among brain regions. In simplest terms, some areas evidenced too much, and some too little—differences that Katz believes play a central part in the neurological dysfunctions suffered by those with Rett Syndrome.

Enter ketamine, a medication already shown to have positive influence on some neuropsychiatric disorders, including severe depression and obsessive-compulsive behavior. After the mice received even low doses of the drug, their brain activity recalibrated to a more normal level. As a result, the mice showed improved neurological function as well.

“The effects were dramatic, and included complete reversal of some disease symptoms,” Katz said.

The Rett Syndrome Research Trust, a Connecticut-based nonprofit, is the country’s largest private funder of research dedicated to finding effective treatments, and eventually a cure, for the disorder. The trust’s co-founder and executive director is Monica Coenraads, the mother of a teenage daughter with Rett syndrome.

“Dr. Katz’s encouraging results with testing low-dose ketamine in mouse models of Rett Syndrome, coupled with anecdotes we have heard from parents whose children received ketamine during various procedures, convinced the RSRT and its scientific advisors that this was a path we needed to explore aggressively,” Coenraads said.

The trial will focus primarily on measuring changes within breathing patterns and the overall clinical severity of the patients’ conditions. Each participant will receive a placebo as well as different doses of ketamine in a random order. Each session will take place over two study days, separated by at least a month. Throughout the trial, investigators will monitor and record each participant’s breathing and behavioral symptoms. By comparing responses across the study sessions, the investigators will be able to determine whether ketamine is effective—and, if so, which dose is best.

Katz emphasized that the doses involved in this trial are significantly lower than those involved in ketamine’s use as anesthesia. The drug’s name may be familiar to some because of its popularity as a “club drug” for illicit recreational use starting in the 1970s. The amount of ketamine used for these illegal purposes is dramatically higher than the doses that will be administered in the Rett trial. 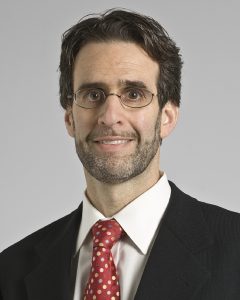 “Designing a clinical trial for Rett Syndrome is a challenge,” Coenraads added. “I was very impressed with the seriousness and thoughtfulness on the part of Drs. Katz, Sessler and Frazier throughout the protocol development process.”   If the upcoming low-dose ketamine clinical trial proves successful, a next step will be to test whether the drug can be administered on an ongoing basis.

“Because ketamine was initially developed for use in surgical anesthesia, it has never been used to treat a chronic illness,” Katz said. “So one of the next questions will be whether we can develop a chronic dosing paradigm with this or similar drugs that would be safe and effective for patients with Rett syndrome.” 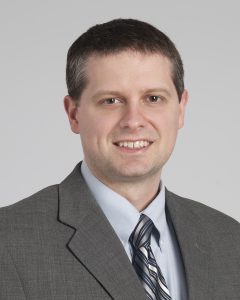 Katz, whose research secured the trial, is one of the leading authorities on the basic science of Rett syndrome and development of potential therapies. Sessler, a pediatrician and anesthesiologist by specialty, is an expert not only in conducting clinical trials, but also in the safe administration of sedative and anesthetic drugs. Frazier has extensive experience in clinical research on autism spectrum disorders, including drug trials. Other key co-investigators in the trial include Sumit Parikh, director of Cleveland Clinic Neurogenetics, Metabolic and Mitochondrial Disease Program, and Edward J. Mascha, senior biostatistician in the Department of Outcomes Research at Cleveland Clinic.