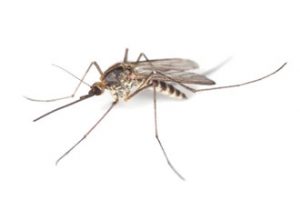 Scientists at Case Western Reserve University and the Cleveland Clinic Lerner Research Institute have discovered that the parasite that causes the most common form of malaria has the same genetic variations—even when the organisms are separated across continents.

The researchers, including Cleveland-based David Serre and Peter Zimmerman, Didier Menard (Institut Pasteur-Cambodia) and Arsene Ratsimbasoa (Madagascar National Malaria Control Program), are the first to sequence the genome of the parasite Plasmodium vivax, taken from patients at coverage needed to verify genome-wide DNA sequence variation. The genome contains all of the organism’s inheritable information.

The ability to sequence is crucial to understanding the hard-to-study parasite, which annually causes up to 250 million cases of malaria and places an economic burden—mostly on the poor—in excess of $1.4 billion, by some estimates.

The researchers reported their findings in the Sept. 6 issue of the online journal PLoS Neglected Tropical Diseases.

At first, the scientists were surprised to find little genetic variation specific to different locations among the samples, which came from humans in Madagascar and Cambodia and South America.

How can parasites, which are transmitted by mosquitoes, share genome-wide variations on three continents?

“The parasite’s life cycle enables P. vivax to be a microbial globe-trotter,” said Peter Zimmerman, professor of international health, genetics and biology in the Center for Global Health and Diseases at Case Western Reserve University School of Medicine.

In parts of the world where Plasmodium vivax malaria is endemic, the primary infection gets into the red blood cells and makes people sick, he explained. When they feel better, people resume their normal activities and travel.

But a portion of the infectious form can remain in the liver, where it may lay dormant for months or a year then re-emerge in the blood when that person is in a different place.

“In that new place, local mosquitoes bite, become infected, and start spreading the P. vivax parasite and its genome in locations that can be a long distance away from where the original human infection occurred,” Zimmerman, a senior author of the new study, said.

This ability for worldwide travel raises concerns among the researchers. There is no vaccine and there is only one drug that kills the parasite in the liver.

“If drug resistance arises, with modern travel, how long would it be before the resistance is spread over the world?” Zimmerman said. “This data suggests it could quickly become a big problem.”

Learning how Plasmodium vivax lives and causes malaria has been challenging because the parasite dies when removed from its host. With improvements in sequencing techniques and reductions in costs, David Serre, Assistant Professor at the Genomic Medicine Institute, Cleveland Clinic Lerner Research Institute, and Zimmerman decided to try to see if the parasite’s genome could be sequenced and what it might tell.

“Our work provides the first report on genome-wide variation of this malaria parasite and provides the malaria research community with more than 80,000 genetic markers that can now be used for trait mapping or population monitoring,” Serre said. “This is a critical step to understand the biology of this parasite that cannot be studied in the laboratory yet affects millions of people each year.”

Serre and Ernest R. Chan, a postdoctoral research fellow at the Genomic Medicine Institute, sequenced the genomes of parasites in blood samples taken from two P. vivax malaria patients in Madagascar and three in Cambodia, after first removing the white blood cells. For comparison, they sequenced P. vivax from a monkey that had been infected with a human strain of the parasite found in South America. The results showed the six samples shared alternative forms of the same gene, called alleles.

Sequencing parasite strains straight from humans is a big step forward, Serre said. Most researchers have been studying human strains of P. vivax propagated through monkeys. This method is not as reliable as using human samples, because it introduces variability and is limited to only about a dozen strains that have been adapted to monkeys. Far more strains have been found in humans.

The 80,000 genetic markers identified can now be used to search for links to drug-resistant malaria, a growing problem in Southeast Asia; and to study possible new treatments for P. vivax malaria.

Zimmerman and Serre are seeking grants to expand their work, sequencing more samples from more locations.

The researchers will use the data to perform genetic evolution studies in order to learn where the parasite originated, how it spreads, and how different strains are geographically distributed.

The team will also study evolving P. vivax infection mechanisms.  For example, in a classic example of natural selection, African persons do not develop P. vivax malaria, but the disease is prevalent in Madagascar.  Serre and Zimmerman believe specific mutations in Malagasy P. vivax strains make the parasite able to infect individuals previously thought to be resistant.

“These studies will help advance the understanding of P. vivax biology and how the parasite successfully evades malaria elimination efforts worldwide,” Serre said.

Sample collections and field laboratory works were supported in Madagascar by a Natixis Banques Grant, and in Cambodia by the Global Fund Grant Malaria Programme Round 9 (CAM-S10-G14-M). This work was funded by a Cleveland CTSC Pilot award to DS and a NIAID award to PAZ (R21 AI093922). DM was supported by the French Ministry of Foreign Affairs during this work and CD by a grant from Fondation Pierre Ledoux – Jeunesse Internationale (2010-2011).