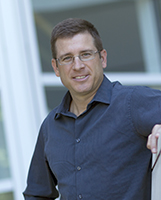 Many rare disorders are caused by gene mutation, like sickle cell anemia. Yet until now the underlying genetic cause of more common conditions—for example, rheumatoid arthritis—has evaded scientists for years.

The research is in advanced online publication.

The human genome includes 3 billion letters of DNA. Only 1 to 2 percent of the letters are used as the blueprint for proteins, the body’s building blocks. Scacheri’s team is part of group of scientists investigating where and why DNA goes awry in the remaining 98 percent—the regions between genes. These regions contain thousands of genetic switches that control the levels of genes. This new finding shows that in common diseases, the fine-tuning of those switches is not quite right, leading to incorrect expression of some key genes—previously unidentified.

“This is a paradigm shift for the field with respect to pinpointing the genetic causes of common disease susceptibility,” Scacheri said.

“The Scacheri lab’s study provides a new model for understanding how genetic variants explain variation in common, complex diseases such as rheumatoid arthritis and colitis. That is, the effect of an individual variant may be very small, but when coupled with other nearby variants, the manifestations are much greater,” said Anthony Wynshaw-Boris, chair of the Department of Genetics and Genome Sciences at the School of Medicine and University Hospitals Case Medical Center and the James H. Jewell MD ’34 Professor of Genetics at the School of Medicine. “This model may also help to explain why genetic studies of these and other common diseases have so far fallen short of providing a satisfactory explanation of the genetic pathways important for the development of these disorders.”

The Scacheri laboratory conducted a bioinformatics analysis of new and preexisting data and developed computational tools to identify the switches and genes affected by DNA changes associated with common diseases. 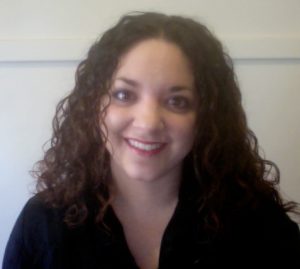 “This is vital information for creating therapies to target these disorders,” added Olivia Corradin, a School of Medicine PhD candidate and lead author on the study. “For example, if an individual has a gene that is aberrantly high, he or she will need a medication that will dial it back down. Scientists can’t begin to develop a drug to do this without first knowing the gene target and how it needs to be manipulated, either up or down.

Now that the Case Western Reserve team knows the identity of the genes that affect six autoimmune diseases and also understands how the genes are disrupted, the next step is to identify therapies that can restore these genes to their normal levels, so that these diseases can be treated or altogether prevented. In addition, the researchers hope that discovery can lead to improved diagnostic testing for common diseases.