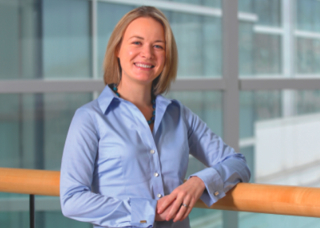 Case Western Reserve University researchers were surprised to learn that people younger than 50 years old with HIV feel more isolated and stressed than older people with the disease. They expected their study to reveal just the opposite.

“The younger, newly diagnosed individual may not know anyone in their peer group with a chronic illness, much less HIV,” said Allison Webel, assistant professor at the Frances Payne Bolton School of Nursing.

Webel’s research group studied 102 men and women recruited between 2011 and 2012 from HIV-related clinics, service organizations and a registry of individuals with the illness. They focused on associations between stress, age and social isolation.

Participants ranged from 18 to 64 years old. The groups were divided into younger than 50 and over 50.

“While 50 years of age is not generally used to identify ‘elderly’ patients, this age cut-off is frequently used by the Centers for Disease Control and Prevention (CDC) in HIV/AIDS statistics,” she said.

The average participant in this study was African-American, 48 years old, low income and had managed HIV for nearly 14 years. This is generally reflective of the Midwest population with HIV/AIDS, which also includes more women, primarily African-Americans and heterosexuals, Webel said.

Researchers found those under 50 felt more disconnected from family and friends than older people. Stigma was a major contributor, Webel said, because younger people don’t as easily identify with having to battle a chronic illness. They may also feel blamed by others for their illness and avoid people because they are sick.

She also said the over-50 group, which was less stressed, had developed social networks over the years that they could rely on for support, such as getting rides to doctor’s appointments.

The study countered previous research that suggested older people with HIV have increasingly limited and fragile relationships with their friends.

Webel also found that many older individuals who had lived with HIV for a longer time were willing to help the younger group manage the illness.

With new anti-retroviral therapies, HIV is no longer the death sentence it was in the 1980s. Today, medications allow those with the HIV infection to live a normal lifespan, according to the CDC.

Webel attributed the women’s stress to such factors as the added pressures of single-motherhood, poverty and low-wage employment.

The researchers concluded that the younger group needs interventions with multiple approaches from health care, social services to counseling for coping with the illness-related stress and social isolation.

The journal AIDS Care reported the findings in the article, “Age, stress, and isolation in older adults living with HIV.”

Other research collaborators were Chris T. Longenecker from the Harrington Heart & Vascular Institute at University Hospitals Case Medical Center; Barbara Gripshover and Robert Salata from the Division of Infectious Diseases and HIV Medicine at the School of Medicine; Jan E. Hanson from the Frances Payne Bolton School of Nursing; and Brian J. Schmotzer from Case Western Reserve’s Center for Clinical Investigation.