The culprit of a failed hip or knee replacements just might be found in the mouth. DNA testing of bacteria from the fluid that lubricates hip and knee joints had bacteria with the same DNA as the plaque from patients with gum disease and in need of a joint replacement, according to research from the Case Western Reserve University School of Dental Medicine.

This study is one of many coming from the d 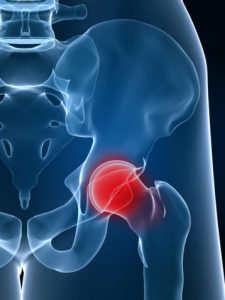 ental school that links oral bacteria to health problems when bacteria escapes from the mouth and enters the blood.

Working with University Hospitals Case Medical Center researchers, the dental, orthopedic and arthritis researchers suggest it might be the reason why aseptic loosening or prosthetic wear of the artificial joints fail within 10 years when no infection appears to be present. The pilot study’s findings were reported in the April issue of the Journal of Clinical Rheumatology.

Nabil Bissada, chair of the Department of Periodontics at the dental school, said the objective of the study, “Identification of Oral Bacterial DNA in Synovial Fluid of Patients with Arthritis with Native and Failed Prosthetic Joints,” was to see if bacterias like Fusobacterium nucleatum and Serratia proteamaculans found in patients with gum disease were present in the fluid.

“For a long time, we’ve suspected that these bacteria were causing problems in arthritis patients but never had the scientific evidence to support it,” Bissada said.

The researchers recruited and studied 36 patients seeking care at the University Hospitals Case Medical Center for osteoarthritis (the wearing of the joints) and rheumatoid arthritis (an autoimmune disease).

These study participants had both natural and artificial joints. Researchers extracted samples of their synovial fluid, which is much like oil that keeps a door from squeaking. These patients also had signs of periodontitis or gum disease and underwent exams where dental plaque was obtained for the study.

Because these bacteria cannot be found with routine lab tests, detection of bacteria in the plaque and fluid was done through a process called polymerase chain reactions and DNA sequence analysis of specific genes (16S-23S rRNA). This is a sophisticated DNA tracking procedure.

Bissada said researchers will continue exploring the oral health link in a larger study. “We have a link now and want to see just how much of a trend this is. We also will be able to see if treating the periodontal disease can reduce the number of future costly joint replacements.”