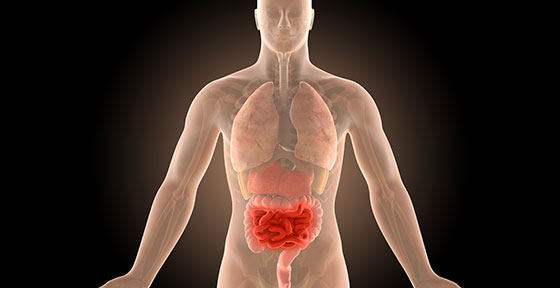 Findings will be significant in designing therapeutics for wound repair

An international team led by Case Western Reserve University School of Medicine has discovered novel properties of the protein Gasdermin B that promotes repair of cells lining the gastrointestinal tract in people with chronic inflammatory disorders like Crohn’s disease and ulcerative colitis.

The new findings, recently published in the journal Cell are significant because the impact of Gasdermin B (GSDMB) on healing epithelium—a type of body tissue that lines the organs that have direct contact with the external environment—will play a key role in research on wound formation and designing novel therapeutics to enhance wound repair, said Theresa Pizarro, lead study author and the Louis Pillemer Professor of Experimental Pathology at the School of Medicine. In addition to medical school colleagues on campus, researchers included scientists from Cleveland Clinic, Texas, England and Greece.

Gasdermins are a family of proteins known to cause pyroptosis—a type of cell death usually triggered by infections and inflammation that contributes to conditions like ulcerative colitis and Crohn’s disease.

Within that protein family, Gasdermin B, unlike other gasdermin proteins, doesn’t cause pyroptosis, especially in epithelial cells, but instead contributes to keeping the gastrointestinal tract healthy—a significant discovery for the development of future therapeutic treatments.

Previous research has shown that individuals carrying genetic variations of Gasdermin B have an increased risk of developing inflammatory disorders like asthma or inflammatory bowel disease (IBD).

“Little was known regarding the mechanisms of how this occurred,” Pizarro said. “In our studies, we uncovered the functional consequences of these GSDMB genetic variants.”

“So, although IBD patients may produce higher levels of GSDMB when they have disease flares,” she said, “the GSDMB protein produced by the genetic variants interferes with the ability of epithelial cells to regenerate and form a healthy barrier critical to healing, for example, in ulcers of patients with ulcerative colitis.”

The scientists analyzed samples from Crohn’s disease and ulcerative colitis patients using state-of-the-art techniques, such as single-cell RNA sequencing, CRISPR/Cas9 and epithelial organoid cultures. Results confirmed substantial increases of GSDMB in biopsies of those with IBD, particularly ulcerative colitis, when compared to levels of GSDMB found in healthy individuals.

The findings unexpectedly showed the lack of epithelial cell death due to GSDMB; instead, this increased level led to:

Together, these processes promote restoration of the epithelial layer and effective wound-healing, Pizarro said.

“Future therapies targeting gasdermin B are not necessarily restricted to IBD or other chronic inflammatory states of the gastrointestinal tract,” Pizarro said, “but also have far-reaching implications for effective wound-healing of the lungs, skin and other organs interfacing with the external environment that require maintenance of an efficient epithelial barrier.”

Pizarro credited “this groundbreaking discovery on the collaborative and concerted efforts from immunologists, gastroenterologists, cell biologists and bioinformaticians from around the world,” including from Oxford University, University of Athens, Baylor College of Medicine, UT Southwestern and her colleagues at Cleveland Clinic Lerner Research Institute and Case Western Reserve.