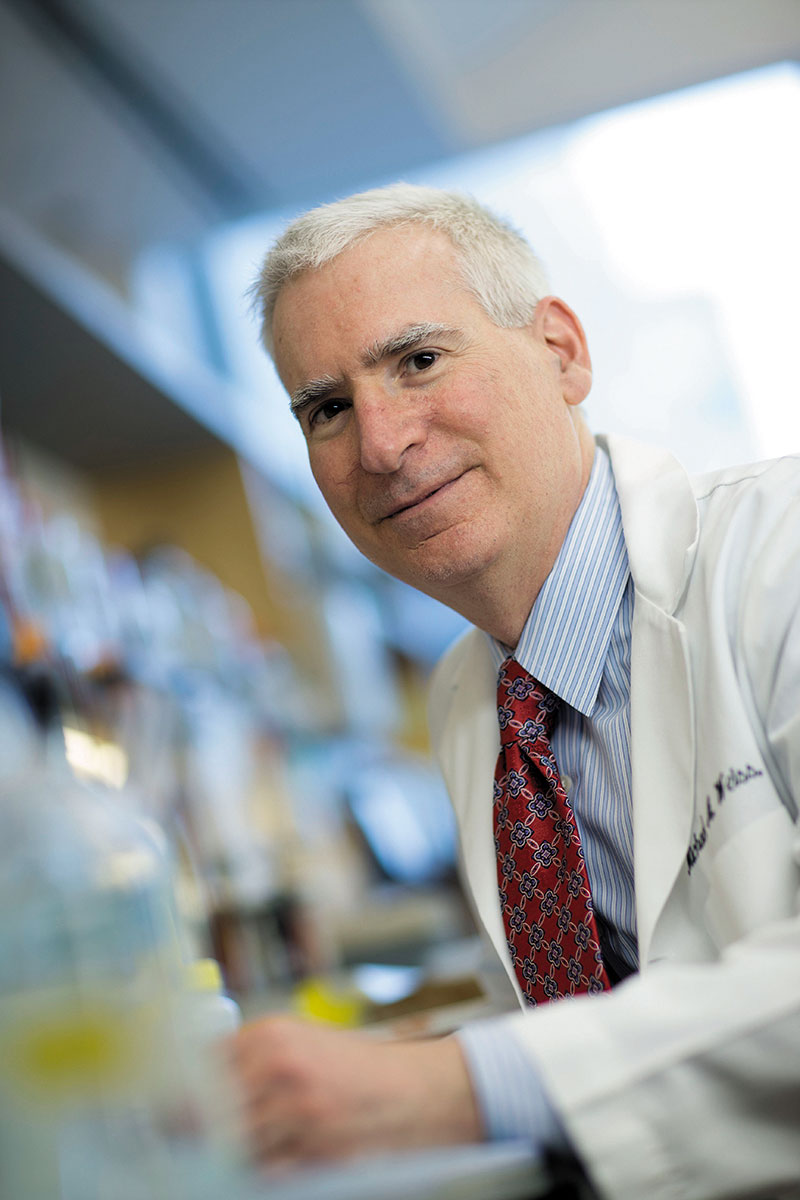 The idea that men and women are fundamentally different from each other is widely accepted. And throughout the world, this has created distinct ideas about which social and physical characteristics are necessary in each gender to maintain healthy human development.

However, social revolutions throughout the last century have challenged traditional ideas about not only which traits are normal and necessary for survival, but also how humans acquire them. Thanks to a new study from researchers at the School of Medicine, science is continuing the charge.

By studying rare families in which a daughter shares the same Y chromosome as her father, Michael Weiss, chairman of the Department of Biochemistry, the Cowan-Blum Professor of Cancer Research, and a professor of biochemistry and medicine, and his colleagues determined that the pathway for male sexual development is not as consistent and robust as scientists have always assumed.

Weiss and his team published a study in the Proceedings of the National Academy of Sciences that examines the function of the SRY gene, which is responsible for initiating the process that leads to male development.

“A general principle of developmental biology is that evolution favors reliability,” Weiss explained. “Robust switches ensure that our genetic programs give rise to a consistent body plan to ensure that babies have one heart, two arms, 10 fingers and so forth.”

Traditional viewpoints emphasize the uniformity of this process. The new research indicates that male sexual development is less stable than other genetic programs.

In fetal development, a gene located on the Y chromosome, called SRY, begins the process that leads to male development. All fetuses initially develop with female tissues, no matter what the sex will be at birth, so the master switch is responsible for initiating the transformation of female tissues into male tissues. From there, the testes develop and produce testosterone, which eventually forms the male’s external genitalia.

The university’s study employs mutated SRY genes shared by a father and a sterile XY daughter. Females usually develop with an XX pair, but, in these families, the father instead produced a daughter with an XY pair. This occurs during fetal development when the SRY gene’s master switch fails to trigger. Internal female tissues, such as the uterus and fallopian tubes, continue to develop but are dysfunctional and infertile.

“Yet the father has the same Y chromosome and the same mutation as the daughter,” Weiss pointed out. “And since he is a fertile male, we know that the switch must be poised right at its edge.”

The team decided to measure the biochemical threshold of the SRY master switch.

“Our expectation was that we’d find that a factor of 100 or more—a severe insult to the Y-encoded switch—was necessary to alter development,” Weiss said. “But what we found was that the SRY threshold, as probed in father-daughter pairs, is only a factor of two.”

Therefore, human males actually develop near the edge of sexual ambiguity. This means that, unlike the robust genetic programs that develop other essential processes like heart function, the SRY gene master switch is particularly vulnerable to change. It only takes a slight deviation from the normal process to dramatically alter fetal sexual development.

Given the importance of sexual reproduction to the survival of a species, why do human SRY genes function so close to the boundary of infertility? The idea of an unreliable master switch might appear paradoxical, but a growing body of research suggests that it might be an evolutionary necessity.

Extensive studies of gender-associated styles of childhood play and the acquisition of social competencies by S. Baron-Cohen, professor of developmental psychopathology, and colleagues at Cambridge University (UK) have highlighted the long-term effects of testosterone secretion by the fetal testis. Testosterone influences the patterning of the male brain during a critical window in human development.

And it is the SRY gene that sparks the genetic program leading to the formation of testes and the production of fetal testosterone.

“We have this tenuous switch on the Y chromosome, and we anticipate that its gift to humanity is variability in the pathway of male development from its earliest stages,” Weiss said. “The essential idea is that our evolution has favored a broad range of social competencies. In prehistory, this range would have given a survival advantage to communities enriched by a diversity of gender styles.”

In fact, certain aspects of modern history seem to parallel this idea.

Susan Case, professor of organizational behavior at the Weatherhead School of Mangement, who was not involved in the study, agreed with Weiss’ argument and noted that “diverse mixes of people offer more varied perspectives, more ideas and solutions, and more challenges to long-accepted views.” In the corporate world, for example, these differing styles increase creativity and problem solving, especially within a group.

The implications of Weiss’ research suggest that elements of human culture, which had been assumed to be psychological or cultural, may be biological instead. Therefore, human evolution would not have been dependent on consistency and homogeneity, but on their exact opposite.