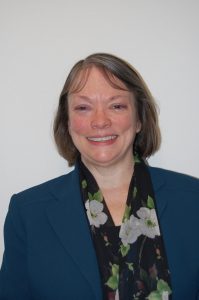 Suicide is a general risk for people with psychosis. According to The Journal of Psychiatry, 20 percent to 40 percent of those diagnosed with psychosis attempt suicide, and up to 10 percent succeed.

And teens with psychotic symptoms are nearly 70 times more likely to attempt suicide than adolescents in the general population, according to a 2013 study in JAMA Psychiatry.

But what contributes to such high numbers?

Jane Timmons-Mitchell from Case Western Reserve University’s social work school and Tatiana Falcone from Cleveland Clinic reviewed studies of teenagers with psychosis to better understand why they are more at risk for suicide than other groups similarly diagnosed.

Timmons-Mitchell, senior research associate at the Begun Center for Violence Prevention Research and Education at the Jack, Joseph and Morton Mandel School of Applied Social Sciences, said they found that teens are especially at risk within the first six months of being diagnosed with a psychiatric problem.

So any delay between diagnosis and treatment—usually with a combination of therapy and medication—adds to the risk for teens struggling with a mental illness, she said. The stigma of the diagnosis often delays parents from seeking treatment.

And a 2011 Schizophrenia Research literature review found that the more intelligent the teen, the greater the suicidal risk than those less cognizant about what is happening to them. Those with a higher intelligence also had greater abilities to hide their suicide attempts.

Most at risk, generally, are people with psychoses that cause them to lose touch with reality, suffer from hysteria and delusions and sound incoherent when talking.

Such symptoms in teens between 15 and 18 years old can begin abruptly or be mistaken for substance abuse problems or some diseases—such as brain illnesses—that produce drastic behavioral changes, Timmons-Mitchell said.

Parents, teachers, social workers and others need to be vigilant, urged Timmons-Mitchell, and to err on the side of concern by seeking help for a teen they believe may be suicidal.

In their Psychiatric Times article, “Psychosis and Suicidality in Adolescents,” Timmons-Mitchell and Falcone offer warning signs that parents and professionals should watch for:

By keeping parents and professionals aware of the warning signs, adolescent suicide attempts have declined significantly in Ohio (11 to 6.2 percent) over the past 10 years, according to the Ohio Department of Mental Health and Alcohol services.

According to Timmons-Mitchell, who also is an associate clinical professor of psychiatry in the Department of Psychiatry at the School of Medicine, attributes it to efforts and programs in the Ohio Suicide Plan, written by the Ohio Suicide Prevention Foundation. Timmons-Mitchell serves as an evaluator of the program that has been adopted as a national model for suicide prevention.