Mindfulness is often viewed as either a touchy-feely fad or valuable management tool that can lift an entire workplace.

A new comprehensive analysis of mindfulness research, co-directed by a management scientist at Case Western Reserve University, suggests the latter—that injecting a corporate culture of mindfulness not only improves focus, but the ability to manage stress and how employees work together. 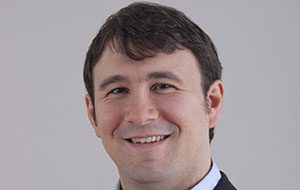 “Historically, companies have been reticent to offer mindfulness training because it was seen as something fluffy, esoteric and spiritual,” said Christopher Lyddy, an organizational behavior doctoral candidate at Case Western Reserve’s Weatherhead School of Management. “But that’s changing.”

Mindfulness, defined as present-centered attention and awareness, emerged from Buddhist philosophy and has been cultivated for millennia through meditation practices.

Organizations such as Google, Aetna, Mayo Clinic and the United States Marine Corps use mindfulness training to improve workplace functioning. The results of this latest research indicate the approach can improve a range of workplace functions.

“When you are mindful, you can have a greater consciousness in the present,” Lyddy said. “That’s vital for any executive or manager, who, at any given moment, may be barraged with various problems that call for decisions under stress.”

Lyddy is co-lead author of the research with Darren Good, who earned his doctorate at the Weatherhead School and is now an assistant professor at Pepperdine University’s Graziadio School of Business and Management. They headed an unusually interdisciplinary team that included experts in both management and mindfulness, as well as psychologists and neuroscientists.

The researchers considered 4,000 scientific papers on various aspects of mindfulness, distilling the information into an accessible guide documenting the impact mindfulness has on how people think, feel, act, relate and perform at work.

Their findings, Contemplating Mindfulness at Work (An Integrative Review), are recently published in the Journal of Management.

“Remarkably, scientists have found the effects of mindfulness consistently benign,” Lyddy said. “Of the thousands of empirical studies we read, only two reported any downside to mindfulness.”

A small but growing body of work in the management area suggests mindfulness is linked to better workplace functioning.

Among the new study’s conclusions:

Lyddy and three other researchers have shared their perspective about how mindfulness impacts performance, decision making and career longevity. The London School of Economics and Political Science (LSE Business Review) blog post is available online.