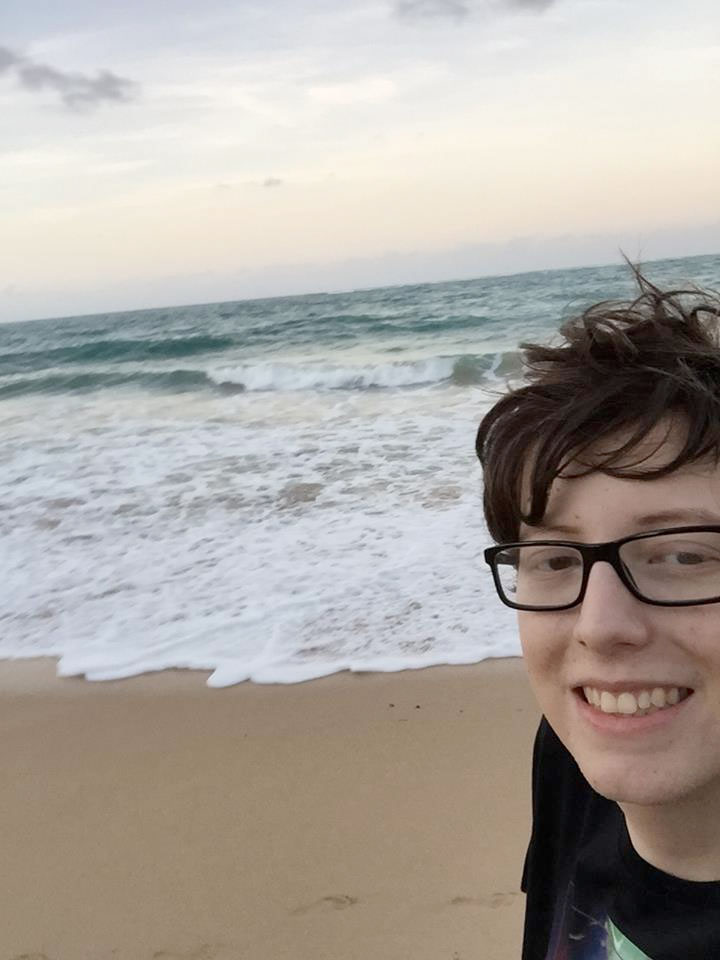 Visiting hours will be held this evening for Diego Barrera Bayona, an undergraduate with an extraordinary ability to bring a smile to anyone one he met. Diego died Tuesday after a long illness. He was 20 years old.

Diego was a biology major determined to be a doctor, who repeatedly earned high honors for performance in his courses. He urged others never to let obstacles keep them from pursuing their goals, and provided a living example of his words every day.

“His academic determination while battling his illness was an inspiration,” said Nancy DiIulio, senior associate dean of Undergraduate Studies. “I’ve really enjoyed working with him and his family.”

Diego’s sister, Juana Barrera Bayona, just finished her first undergraduate year at Case Western Reserve. She said she considered her brother “my best friend, my No. 1 role model and the best person in my life.”

Despite the adversity he faced, Juana and others explained, Diego brought great joy to life. He was cheerful and funny, quick to make a joke and even outright silly at times. He cared deeply for his family and friends, and always tried to lift their spirits if they were frustrated or sad.

“I witnessed him many times bring people up when they were down,” Juana said. “He always knew what to say.”

Diego was a member of La Alianza, a student organization that serves the community, celebrates Latin American culture, and supports Latino students on campus. The organization’s president, Xavier Murillo, said Diego attended many events, including volunteering to support an effort by a local organization to help clean up a Cleveland neighborhood.

“Diego was probably one of the most fun, kindest people I knew and he never failed to make everyone around him smile,” Murillo said. “He was and always will be a part of our La Alianza family and he will be sincerely missed.”

“Every time I ran into Diego on campus, he greeted me with a smile and would always strike up a conversation,” she said. “He was a fun guy and I could tell he really cared about his family and his peers. My thoughts and prayers are with his family and those closest to him.”

Members of La Alianza hope to offer some kind of memorial service for Diego when students return to campus for the fall semester. Meanwhile, those now in the area can convey their respects during visiting hours from 5 to 8 p.m. this evening (Friday, June 24) at the Busch funeral home, 7501 Ridge Road in Parma.

In addition to his sister, Diego is survived by his parents, Bayona Molano and Juan Barrera Gutierrez.

“The amount of love my brother gave me was beyond this world,” Juana said. “He pushed me to be the best version of myself. … He built me up. He gave me strength. And he showed me what being kind was really about.”