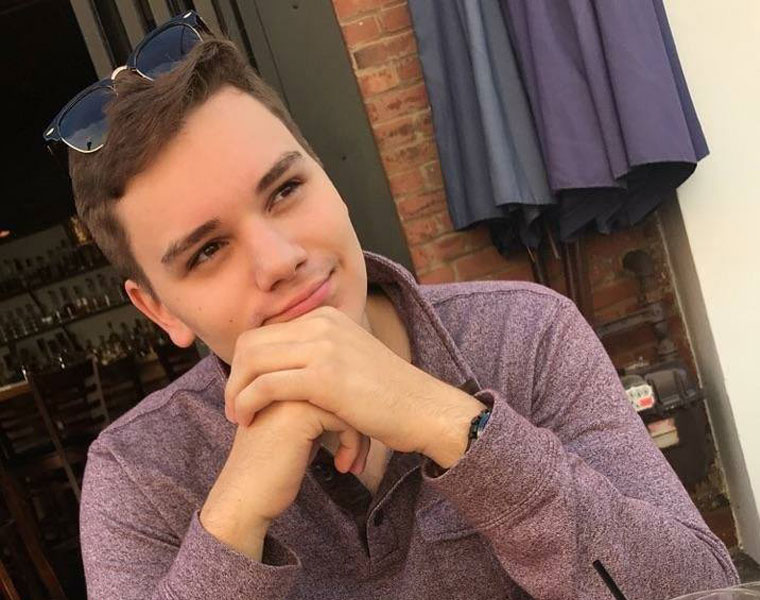 A junior accounting major known for his infectious enthusiasm died early Tuesday morning in an automobile accident on the Cleveland Memorial Shoreway.

Family, friends and fraternity brothers are mourning Robert Park, 20, who was known for his enthusiastic, outgoing nature—as well as the care he showed for others.

A member of the Theta Chi fraternity, Park often could be found in the house’s first floor common areas—always eager to interact with anyone and everyone who happened to be present.

“He was extremely kind and caring toward his fellow brothers, and helped make our [common] room feel like a public space where the whole fraternity was welcome,” said Theta Chi member Joseph Picard. “His outgoing nature allowed him to befriend not just our brothers, but those outside the fraternity very well.”

In fact, Theta Chi brothers Bryce Downing and Garrett Dore described Park in exactly the same words. “He was always excited to do things,” each said.

“He was the person who always dreams big,” Downing explained. “He was the upbeat person who really thought he could do anything.”

Park, of Rochester, New York, also could bring humor to some of the fraternity’s driest subjects. When Park was treasurer, Downing recalled, he pointed to the nominal funds remaining at the end of the semester and joked about buying a boat with the leftover money. Park even had a name for the imaginary vessel: “the S.S. Safety Margin.”

Similarly, Park found a way to make his work in customer services in Fribley and Wade Commons fun. It was there that he met Dore, and later persuaded the sophomore to join Theta Chi.

“He really just took me in,” Dore recalled. “I saw him as an older brother.”

So a few weeks later, when it came time to reveal his fraternity “big,” Dore was thrilled to turn around and see Park beaming back at him.

Park even managed to sneak a joke into his oath—a reminder to Dore of the fun, lighthearted spirit that Park could bring to any situation.

“He had so much enthusiasm,” Dore said. “Being able to convey that genuine level of excitement about things, and being able to talk to people like he could—it’s a really valuable skill that not many people have.”

Park’s girlfriend, Kelsey Swingle, met him last spring at a Greek Week event. The sophomore said her fondest memories of Park include outings to shop or eat; the couple considered their “spot” to be SOHO in Ohio City.

“He was a really great [fraternity] brother and friend,” said Swingle. “He was always genuine with people.”

Park is survived by his father, Robert, his mother, Gloribel Arvelo-Park, and his sister, Victoria.

In lieu of flowers, his family asks that memorial donations be made to NAMI Greater Cleveland, an organization with which Theta Chi has worked, or the St. Mary’s Church youth group at 95 N. Main Street, Canandaigua, New York, 14424.