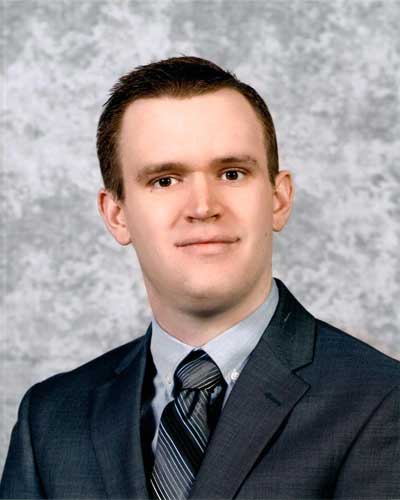 No matter how bad his illness became, Donald Harris never gave up on his dream: to become a doctor who helped patients battling, just as he was.

When the Case Western Reserve senior scored in the 97th percentile on the Medical College Admission Test (MCAT) last fall, his dream felt even closer to reality.

On Saturday, Jan. 2, Harris succumbed to the disease he had fought for 3.5 years. But while death kept him from becoming a doctor, Harris still managed to help many. Some will use his guidance on their own journeys to MDs, while others will continue to draw inspiration from his example.

“Probably the best way to describe Don was that he was always willing and available to help,” explained Chris Dolwick, his supervisor at the Allen Memorial Medical Library, “and he especially liked mentoring others.”

Harris began his studies at Case Western Reserve in 2010, but he studied the university even before coming to campus: The graduate of Albuquerque, N.M.’s Manzano High School was among that year’s winners of the Office of Student Affairs’ trivia contest based on the Little Blue Book. In his first year he joined the Zeta Beta Tau (ZBT) fraternity and several other student organizations, then became part of the Phi Delta Epsilon pre-med fraternity the following year.

In 2012, Harris began working at the Allen library. The space appealed because of its uniform focus on medicine; he felt at home among the texts and artifacts, and actually volunteered for Saturday hours to interact with medical students who studied at the library on weekends. He also enjoyed meetings of Phi Delta Epsilon’s journal club meetings, which sometimes featured local physicians helping the undergraduates critique the articles and consider future choices in health care.

In addition to his service with ZBT, activities with Phi Delta Epsilon, and work at the Allen library, Harris had a double major, biochemistry and biology, and two minors, economics and chemistry. What’s more, he never took a semester off throughout his illness.

Harris was “very proud of the fact that he was not giving up, and that he intended to go to medical school,” said Dolwick, also the adviser for ZBT and Phi Delta Epsilon. “He was truly doing everything necessary to make that happen.”

Amid his studies, MCAT preparation, work and other commitments, Harris still made time to mentor others. He had even more seeking his advice after people heard about his impressive MCAT score—and that he’d earned it without taking a test prep course.

Harris also was an “intensely loyal” person, Dolwick said; over the years, he formed close bonds with many of his fraternity brothers. Harris was always there for others, even when he had so much going on in his own life.

An on-campus memorial service will be held Saturday, Jan. 23, at 1 p.m. in the Ford Auditorium in the Allen Memorial Medical Library.

Funeral services are being held in Harris’ mother’s home state of Mississippi, where Donald spent many summers with his extended family.

Harris is survived by his parents, Ralph and Pamela (nee Webb), and sister, Katherine, as well as many members of his extended family.

The Harris family kindly suggests contributions to Case Western Reserve University in memory of Donald Harris, which will be directed to a purpose at the university that is meaningful to his family. Individuals may make a gift online or submit a check. For more details on making a gift, please visit case.edu/forwardthinking/how-to-give.html.