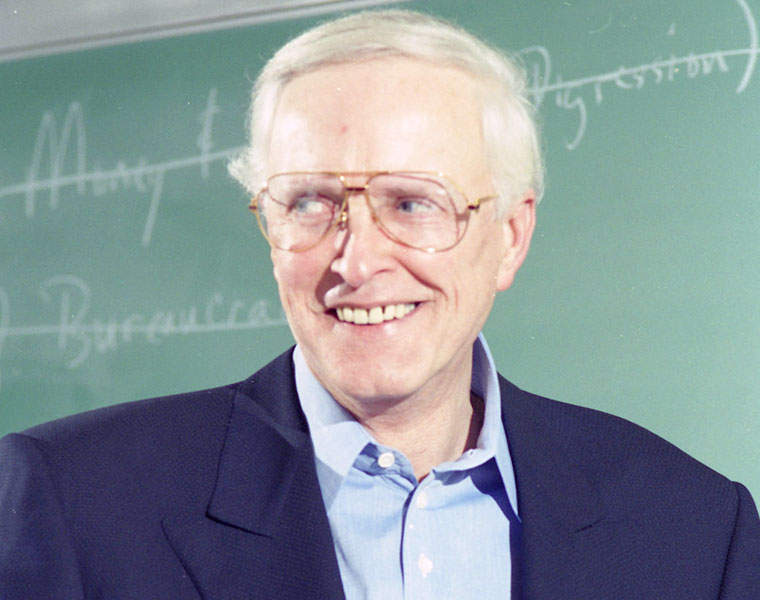 Legendary Weatherhead School of Management Professor Richard L. Osborne—better known on campus as the “Gorilla”—died Friday after a brave battle with illness. He was 78.

A member of the Case Western Reserve community for 45 years, Osborne inspired deep admiration and affection among students, colleagues and the legions of business leaders who sought his counsel and spoke at his classes.

Weatherhead School alumni regularly described Osborne’s courses as among the most valuable of their studies, while at the same time marveling at his deep commitment to each of his students.

“Professor Richard Osborne’s influence on my personal and professional life has been profound since I was a student in his class in 1999,” said Anand Swaminathan, senior partner and director at McKinsey & Co. and one of Fortune magazine’s 40-under-40 in 2015. “He showed me what it meant to think critically and how to widen my aperture when solving problems. I owe my successful career in consulting to Professor Osborne’s teaching—and I owe my success as a human being to him as well!”

Named one of Businessweek’s top 12 entrepreneurship professors in the nation in the 1990s, Osborne regularly received school teaching and service awards at the Weatherhead School. In 2008, Osborne won the university’s top undergraduate teaching award—just two years after he first began working with students at that level.

“Professor Osborne… truly cares about his students, and he provides them with a wealth of relevant knowledge that will help them be successful both personally and professionally,” student Kevin Sudnik explained at the time. “He creates a classroom atmosphere that students absolutely look forward to being in every session.”

“This list isn’t some ‘best of,’ ” Peck added. “He received this sort of feedback every time he taught a class.” 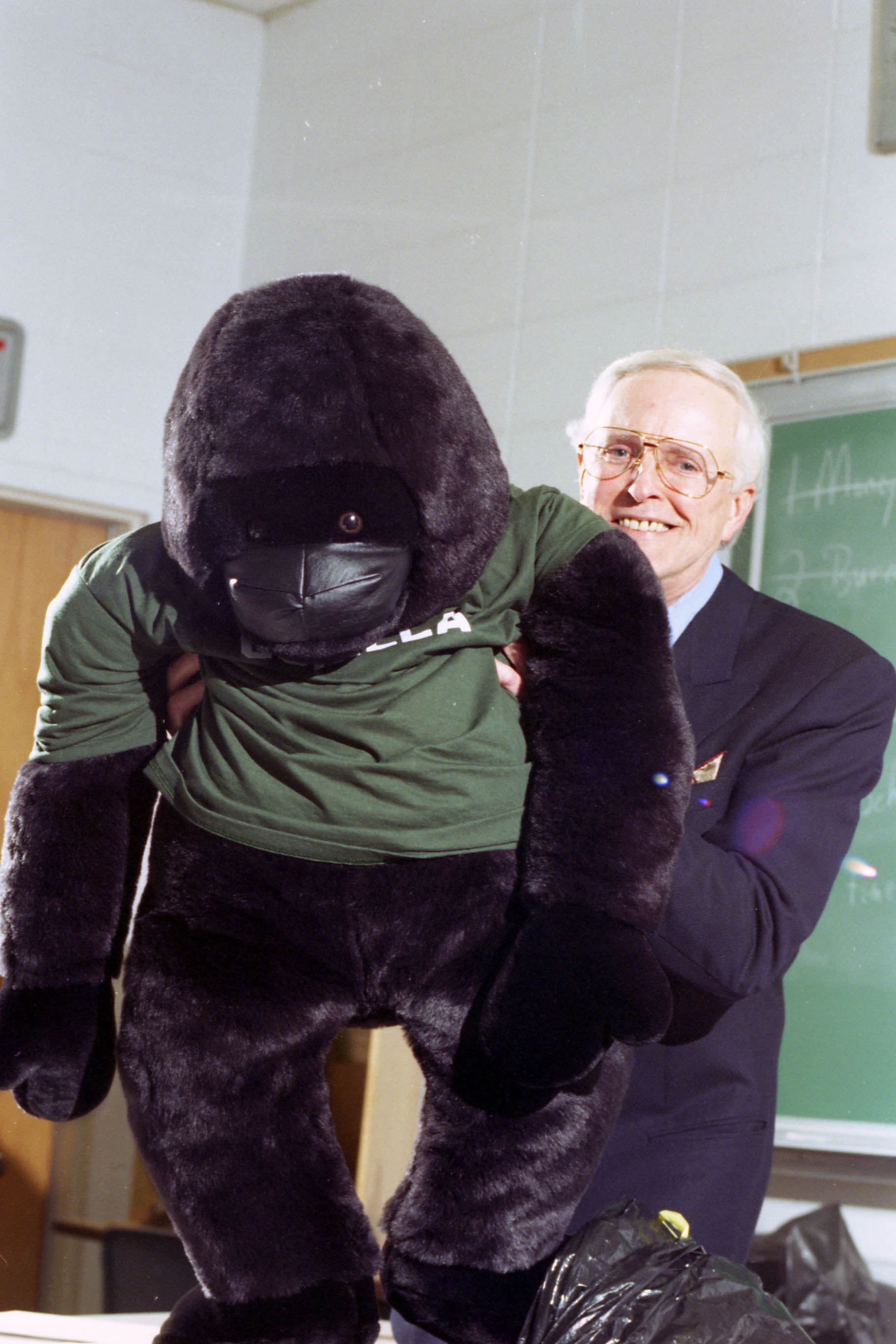 As for the “Gorilla” label, it was interchangeable with Osborne’s given name for as long as anyone could remember. One account said it originally came from students and described Osborne’s significant classroom presence and the energy he brought to each class. Osborne himself noted that he encouraged all his students to give themselves a sobriquet.

“I love nicknames,” Osborne said in one interview. “They are a great equalizer.”

Peck noted that Osborne went so far as to include a “Gorilla Guarantee” for each of his courses. It read: “If any dimension of this course did not meet your standard of excellence, I will spend unlimited time and energy with you one on one to provide additional information, explanation, or understanding required to assure your satisfaction. No small print. No expiration date.”

Osborne also had a nickname for his wife, Elizabeth, whom he often wove into the narrative of his courses. Peck noted that the professor included her in his signature send-off to students as classes came to an end: “The Beamer (Elizabeth) and I wish you the best of everything, including success that lasts. Dance like nobody is watching.”

Osborne’s engagement with his students regularly extended beyond his courses—and not only through emails or telephone conversations. In 1990 he launched Promise Partners, a Northeast Ohio nonprofit organizations for Weatherhead School alumni and others with particular entrepreneurial spirit and aptitude. Still active today, the organization subsequently led to another initiative, Promise One, a group of investors and advisors who support members in the process of identifying, acquiring and leading a company.

It was in Osborne’s class in the early 2000s that Scot Lowry realized he didn’t have to start a company to own it.

“The idea,” Lowry told Crain’s Cleveland Business last year, “that I could leverage my track record of success, a modest amount of money and a partnership [with an outside investor] and go buy a substantial business had never occurred to me.”

Lowry went on to join Promise Partners, where he met Kevin Shaw. Shaw helped invest in a company Lowry sought to co-own, and the two co-founded Promise One. Last month, Lowry was one of the CEOs on the agenda for the inaugural Richard Osborne Symposium at the Tinkham Veale University Center. Among his assignments: interviewing Mal Mixon, the founder and retired chairman and CEO of Invacare—and a frequent guest speaker in Osborne’s class.

“Richard Osborne believed in the ‘book of life’ rather than the ‘life of books,’” Mixon said of his longtime friend yesterday. “His classes were always filled with real entrepreneurs—not theorists. He inspired many of us to ‘reach for the stars.’ He was one of those rare professors who remained worshiped by his students long after they graduated. It was an honor to know him and I feel an immense personal loss.”

Osborne himself served on more than two dozen company and nonprofit boards over the years. He saw this work, along with his involvement with former students purchasing or selling firms, as part of his commitment to demonstrating the Weatherhead School’s connection to the Northeast Ohio community.

Even with all of these activities, Osborne also found time to contribute to academic journals. Many of his writings centered on entrepreneurship, among them “Entrepreneurial Renewal,” “Why Entrepreneurs Fail” and “The Essence of Entrepreneurial Success.” He also wrote about corporate directors, steps for entrepreneurial growth and, with former Weatherhead School dean and Tulane President Scott Cowen, “High-performance Companies: The Distinguishing Profile.” The two also earlier collaborated on another article, “Business schools must become learning organizations—or else.”

Cowen, now a Case Western Reserve trustee, said this weekend of Osborne: “For over four decades, Richard (aka Gorilla) was my dear friend and colleague. He was a uniquely gifted teacher, mentor and advisor to a generation of students, faculty, staff and senior executives at the Weatherhead School and in our community. His insights, experience and personal warmth left an indelible mark on everyone who was fortunate enough to know him. He will be sorely missed, but his significant influence and impact on our lives, the Weatherhead School and CWRU will be his enduring legacy.” 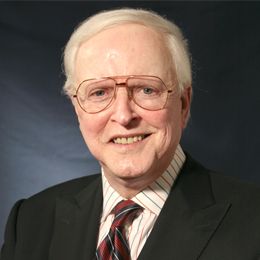 The Weatherhead School’s current dean, Rob Widing, shared the news of Osborne’s passing in an email to the school community Friday. In it, he emphasized the reach of Osborne’s effect on others: “[S]tudents and colleagues have profoundly benefited from his wisdom, devotion and generosity of spirit.”

Widing added that Osborne’s family will have a private funeral, but that the school would share other opportunities to honor and remember him in the future.

“[S]tudents and colleagues have profoundly benefited from his wisdom, devotion and generosity of spirit,” Widing wrote.

Case Western Reserve President Barbara R. Snyder was among the leaders Osborne hosted in his class, and also spoke at last month’s symposium. She also was among those in attendance for the 2010 ceremony where Osborne became the Theodore M and Catherine C Alfred Professor in Management. An endowed chair is one of the highest honors a member of the faculty can receive.

“Richard Osborne exemplified the very best of Case Western Reserve,” President Barbara R. Snyder said Sunday. “His commitment to students was extraordinary, as was his positive impact on their lives. His writings provided unique insight on the elements of successful leadership, while his work on boards and with graduates demonstrated deep dedication to helping companies and alumni flourish. We were honored to have him as part of the university community, and will miss him deeply.”