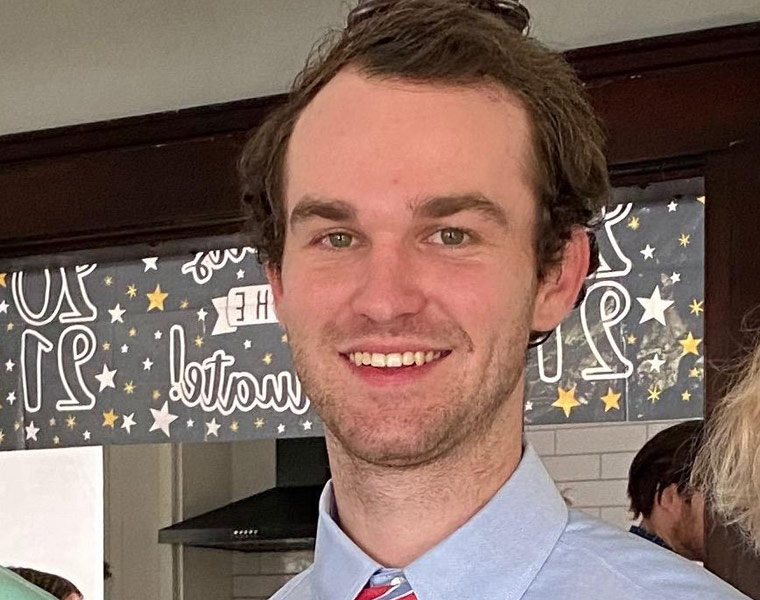 You wouldn’t know after first meeting him that Cooper Tulloch played football.

While media often depict players as aggressive or loud, Cooper—who played safety on Case Western Reserve University’s football team—was quite the opposite.

“Cooper was very quiet, very reserved, but very, very popular with his teammates and certainly his coaches,” said Head Football Coach Greg Debeljak. “He just went about his work very quietly but was a very hard worker, and very dependable.”

Cooper died on Sunday in Cleveland in what appears to have been a hit and run accident, just seven weeks after graduating from Case Western Reserve. He was 22.

From Boca Raton, Florida, Cooper decided to attend CWRU for its camaraderie and urban environment—aspects he experienced firsthand while visiting his brother, Hunter Tulloch, who played for the Spartans as a wide receiver.

As brothers and then teammates, the two were incredibly close, spending time together in classes, through their fraternity, and even on trips abroad with the football team. On one such trip, Hunter, a graduate of the Class of 2020, recalls Cooper taking the reins to coordinate taxis for 15 teammates:

“I’ve never heard someone who doesn’t know Italian rattling off in Italian like it was his native language,” he laughed. “He got all of us where we needed to be.”

Jim Hurley, Cooper’s academic advisor at Weatherhead School of Management, remembers Cooper as upbeat and good-natured—and for how much he enjoyed poking fun at his older brother.

“When I once asked Cooper who ran faster, he said he could run faster backwards than Hunter since Coop was a defensive back and running backwards is an important skill,” Hurley noted.

Like his brother, Cooper earned his bachelor’s degree in finance, ultimately selecting the major because—as his mother put it—he’d always been a numbers guy. He enjoyed sports statistics and would always have ESPN playing in the background.

“When he came to CWRU, he complained he didn’t have his ESPN fix,” she laughed.

Cooper’s analytical thinking served him well in his coursework. As Jennifer Johnson, who taught his senior capstone course at Weatherhead, recalled, Cooper was “an affable student with an engaging smile.”

And his good nature extended well beyond the classroom. According to Hurley, “If I mentioned something to Cooper about one of [my sons] during a meeting, the next time I saw Cooper he would ask me about how [they] were doing.”

Since earning his degree in May, Cooper had been mulling over his career options, considering pursuing an MBA or dabbling in other fields.

“When he started at [CWRU], he hadn’t had a strong interest in one subject over another,” said his father, Scott. “We were encouraging him to take a similar approach trying a few things as he figured out his next steps.”

One thing was certain—he was excited to be back in his home state, to golf, and to be near his family. He flew to Florida before his spring finals to celebrate his father’s birthday, joining his family for a special Jimmy Buffet concert as COVID-19 restrictions began to lift.

“In general, he had a great time at CWRU,” his mother, Joy, said. “He made lifelong friends that he would have kept forever.”

Among those friends are his former roommates, Matthew Boss, Travis Johnston, Michael Amadio, Brett Carney and Anthony Polizzi. They all carry treasured memories of Cooper—of his sense of humor, love for movies and music, or passion as a sports fan, to name a few—and feel gratitude for his unique ability to lift everyone’s spirits.

“We went through a lot of ups and downs together and he made every ‘down’ a little bit easier, and every ‘up’ that much more fun,” said Boss, Cooper’s roommate all four years at CWRU. “I will forever miss him.”

“Cooper was full of quirks, and we never did anything without including him,” Carney said. “He added a dynamic that you can’t replicate… He was one of the good ones, and I can’t wait to honor him the rest of my life.”

According to Amadio, Cooper left his mark on every person he met, could talk to anybody about anything, and was universally loved.

And Johnston agreed: “Even if he didn’t always wear his heart on his sleeve, you could still tell how much he cared about his family and his friends through his actions. We all knew how much he always loved us—and we loved him the same way.”

Students who would like support during this time are encouraged to contact counseling services at 216.368.5872. This line is staffed by a counselor 24 hours a day, seven days a week. Faculty and staff can access counseling at any time by calling IMPACT Solutions at 1.800.227.6007; you can learn more about their programs at myimpactsolution.com.

Financial Wellness Series: “Making your Budget Work for You”