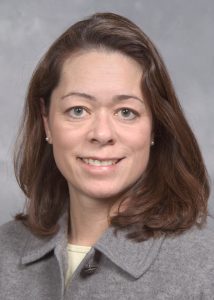 Professor Lee Thompson takes an unusual approach to teaching her course “Life of the Mind,” a First Seminar in SAGES (the Seminar Approach to General Education and Scholarship) at Case Western Reserve University.

Thompson, chair of the Department of Psychological Sciences, knows it’s important to provide different levels of challenge to meet individual students’ needs. She lets the members of her seminar decide what kinds of assignments they will complete, when they will be due and how each will be weighted. She even allows the students to determine the course’s direction by choosing topics that interest them—from music’s effects on the brain to schizophrenia or other disabilities or disorders.

“Classroom techniques that encourage active learning are intrinsically motivating because an engaged learner cannot be the victim of boredom,” Thompson said. Plus, she noted, “because the students create the learning environment, the course changes each time I teach it, and this in turn keeps my enthusiasm high.”

Thompson’s innovative approach has earned her the McGraw-Hill Excellence in Teaching First-Year Seminars Award. She will receive the honor this weekend at the 32nd annual Conference on the First-Year Experience in Orlando, Fla. She is the third person (and the first Case Western Reserve faculty member) to win the national recognition.

It’s an honor Thompson doesn’t take lightly. After all, she helped create the  SAGES program in 2001. The program began as what she calls a “pie-in-the-sky” plan for how to best instruct first-year students and help them acclimate to university life. Now, it is an integral part of Case Western Reserve’s curriculum in which all undergraduates take part.

SAGES emerged from an initiative within the College of Arts and Sciences aimed at designing the ideal general education curriculum.

A task force to which Thompson belonged envisioned a program in which students would connect with their peers and forge close relationships with faculty members in small, discussion-based seminars. They would develop essential communication skills, including writing and oral presentation. Finally, they would feel a part of the entire university and the larger Cleveland community.

Once Thompson and her colleagues, including current SAGES director Peter Whiting, developed their plan for SAGES, they spent hours explaining and promoting it to secure the program’s approval. A pilot was launched in 2002 with 150 students, and full implementation followed three years later.

Today, all Case Western Reserve students take three interdisciplinary seminars (including the First Seminar) during their first two years. They go on to complete a third-year departmental seminar and a fourth-year capstone project, both of which are based on the SAGES program’s principles.

In addition to helping initiate SAGES, Thompson chaired the committee that developed the College of Arts and Sciences’ first strategic plan in 2008—a process, she said, that helped her better understand her colleagues’ needs. In her “spare time,” she is a member of the Faculty Senate, Faculty Senate Budget Committee, the university’s Institutional Review Board, the college’s budget committee and both the university’s and the college’s Strategic Planning Steering Committee, among other groups and boards.

And, of course, she has her own personal interests: horseback riding, running near her home in Chagrin Falls (always with at least two of her three dogs) and spending time with her family, including her two sons, both of whom are students at Case Western Reserve.

Having children enrolled at the university—and having been an undergraduate here herself (CWR ’82)—helps Thompson connect with the students she advises in her First Seminar.

“They are going from living at home with their parents to being on their own for the first time,” Thompson said. “And sometimes, I think they need somebody here who will help them with that transition.”

“For Professor Thompson, advising isn’t a responsibility like a chore, but one of the best reasons to lead a First Seminar. The dual role of instructor and adviser suits her style,” Whiting wrote when he nominated her for the McGraw-Hill award. “The familiarity that [she] develops with each and every student and their reciprocal familiarity and comfort with her makes it much easier for students to have the significant conversations that we hope for in a good advising relationship.”

Thompson is quick to insist her success with students isn’t all her own. Her frequent co-instructor, English department lecturer Kristine Kelly, assists her with all aspects of the seminar, including teaching and grading.

“She’s contributed so much to the class,” Thompson said of Kelly. “I feel guilty getting this award without her next to me. I’m a much better teacher because of her, and my own writing has gotten better because of her.”

Thompson also praises the contributions that her faculty colleagues and each new cohort of undergraduates have made to the SAGES program.

“We’re a research-intensive university, and I think it is remarkable to have so many faculty committed and passionate about undergraduate first-year education,” she said. “At the same time, I’m not sure this program would be doable without the amazing students we have. SAGES is so student-driven that you need students who are inquisitive and motivated. I think Case Western Reserve is the best place to host a program like this.”