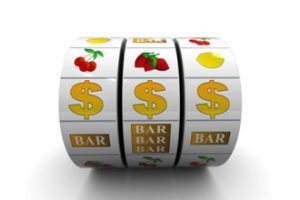 It is intuitive that most people would be less likely to take risks after an unexpected loss. But what happens after a surprising win?

It turns out that the very same trend applies, according to Case Western Reserve University psychologist Heath Demaree. In other words, it’s not whether you win or lose, but whether the outcome is expected. People appear to decrease their risk-taking levels after experiencing any surprising outcome—even positive ones.

“Surprising events are known to cause animals to stop, freeze, orient to the surprising stimulus and update their schemas of how the world works,” said Demaree, an associate professor of psychology at Case Western Reserve. “Our recent research suggests that surprising events also cause people to temporarily reduce risk-taking.”

Demaree is the lead author of the article “Risk Dishabituation: In Repeated Gambling, Risk Is Reduced Following Low-Probability ‘Surprising’ Events (Win or Lose),” which was published in the American Psychological Association journal Emotion.

Demaree, who studies emotions and how they impact decision-making, set out to further understand how a person’s current emotional state predicts risk-taking behavior. Past research has revealed that positive and negative emotional states generally decrease and increase risk-taking, respectively.

With a fictitious bankroll of $50, participants played one or two of three types of computerized slot games 25 times each.  Each computerized game produced wins at different probabilities – 13 percent (with big jackpots), 50 percent (essentially, a coin flip), and 87 percent (with very small jackpots). Although no participants gambled with real money, motivation to win was present. For every dollar in the individual’s account at the end of playing the 25 games, the person received one ticket toward a $50 raffle.

“Each game was set to be a ‘fair’ game,” Demaree said. “That is, if you played for a long period of time, you should break even on average.”

The researchers had 59 participants play the high-risk computerized gambling game (13 percent) and surprised the participants with some big wins. A separate group of 85 participants played both the 50 percent and 85 percent win yield. The last group, which expected to mostly win, was given some unexpected losses. After playing each game, students answered a questionnaire about emotions, moods and risk taking. In addition to a person’s self-reported emotional valence predicting risk-taking level, a just-experienced surprising event appeared to temporarily produce risk aversion.