Psychology instructor to talk adults vs. grown-ups at TEDxCLE 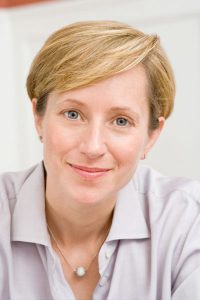 They may be used interchangeably in everyday talk, but there is a distinct difference between being an adult and being a grown-up—and that’s precisely what Lisa Damour intends to explain to a sold-out crowd of Cleveland-area adults (and grown-ups) during her talk at the upcoming TEDxCLE event April 20.

TEDxCLE is an independently organized TED event in which speakers and community members join together to spark discussion and bring Cleveland’s “innovation, development and positive change to the world,” according to the event’s website, TEDxCLE.com. Organized by Clevelanders Hallie Bram and Eric Kogelschatz, the event is now in its third year and has grown markedly while still maintaining a sellout crowd. In fact, it doubled its capacity this year yet still sold out in 39 minutes.

“That such a large event sells out so quickly in 39 minutes speaks to Cleveland’s excitement about the terrific human resources we have in our city,” Damour, a clinical instructor of psychology, said. “Events like TEDxCLE provide wonderful evidence of the vibrant intellectual, entrepreneurial and artistic communities in Cleveland.”

Damour hopes to inspire and engage these communities with her talk, “The Difference Between Adults and Grown Ups.” In this talk, Damour, who also serves as director of the Center for Research on Girls at Laurel School, will discuss what it truly means to grow up, not just age into adulthood.

“I’ll describe the characteristics that I see as defining being grown up and I’ll address what grown-ups—whether they are parents or not—can do to promote healthy development in adolescents,” she explained. With her insight, she wants the audience to come up with a new way to think about and productively address the developmental tasks of adolescence.

Damour is one of 13 speakers at the event and one of four selected from Case Western Reserve University. This year’s theme of TEDxCLE is “The Maker Class,” focusing on the “makers” who create solutions to problems.

Though she has never attended a live TED conference—the national events or the independently organized ones, such as TEDxCLE—Damour has been an “eager consumer” of the online talks. National events from TED, which stands for Technology, Entertainment, Design, have been held since 1984; TED now includes an international conference and independently organized events around the country, along with increasingly popular online talks.