Psychologists find entitlement predicts sexism in both men and women 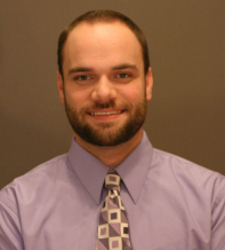 Entitled attitudes appear to be linked to sexism—even among women, according to a personality study by psychologists from Case Western Reserve University and San Diego State University. In general, entitled men are more likely to endorse hostile views of women and entitled women are more likely to endorse views of women as frail and needing extra care.

The researchers found that, for men, entitlement was associated with hostile views of women. Entitled men were more likely to endorse views of women as manipulative, deceptive and untrustworthy—attitudes that past research has shown are predictors of violence toward women.

Conversely, the researchers found women who have a high sense of entitlement are likely to demand men take care of them because they are weak and frail. A large body of research shows that such demands lead to women being viewed as too weak and placed in roles where they are not allowed to advance in education and jobs.

The researchers surveyed two groups: 333 college students from an introductory psychology class at a Midwest college and 437 adults participating in Amazon’s Mechanical Turk workforce database, an online database of individuals who often participate in social science research, among other tasks. Both groups included men and women.

The participants responded to questions in an online survey the researchers developed, “Personality, Beliefs, and Behavior,” that explored individuals’ attitudes about how deserving they are of special treatment as well as their openness to new experiences.

Joshua Grubbs, a doctoral student at Case Western Reserve and lead author on the article, “Psychological Entitlement and Ambivalent Sexism: Understanding the Role of Entitlement in Predicting Two Forms of Sexism,” explained the study’s results this spring in the journal Sex Roles.

He collaborated with co-investigators and professors of psychology Julie Exline from Case Western Reserve and Jean Twenge from San Diego State University to understand the personality trait of narcissism. (This study also builds on Twenge’s findings in a 2010 study published in Social Psychological and Personality Science that narcissistic attitudes in the U.S. have increased in recent years. In that prior study, Twenge found that individuals in their 20s were three times more narcissistic than those over the age of 60.)

In this study, they focused on two forms of sexism (hostile and benevolent) and how feelings of entitlement might predict those roles differently for men and women.

“When you consider that entitlement has been shown to be rising across recent generations, linking it to sexist attitudes is particularly alarming,” Grubbs said. “Recent events certainly highlight how dangerous entitlement and hostile sexism can be in men. Furthermore, given that benevolent sexism can also produce gender inequality, these findings for women are also concerning.”

He hopes this study adds to the body of research that highlights the dangers of unchecked entitlement and entitled attitudes.

Looking forward, Grubbs said the researchers still have questions that need answers, such as: Is it possible that entitlement could ultimately lead to hostile sexism in women?

“We don’t know that answer now, but we hope to find out,” he said.

The study’s research was partially funded by a seed grant from the American Psychological Association’s Division 36: The Society for the Psychology of Religion and Spirituality.