Researchers from Case Western Reserve University and University of Kansas have received a $1.65 million Department of Defense grant to continue developing a neural prosthesis aimed at helping those who suffer from traumatic brain injury (TBI) or stroke to regain motor function.

The prosthesis, called a brain-machine-brain interface (BMBI), has proven successful in restoring motor function in rat models of TBI. The BMBI records signals from one part of the brain, processes them in real time, then bridges the injury by stimulating a second part of the brain that had lost connectivity.

With the new three-year grant from the Joint Warfighter Medical Research Program of the U.S. Army Medical Research and Materiel Command, the researchers will try to determine if the implant can help make permanent repairs and be removed. They will also try to find the optimal time window in which to use the prosthesis for delivering the therapy, and show the safety and efficacy of the prosthesis in a large-animal model. 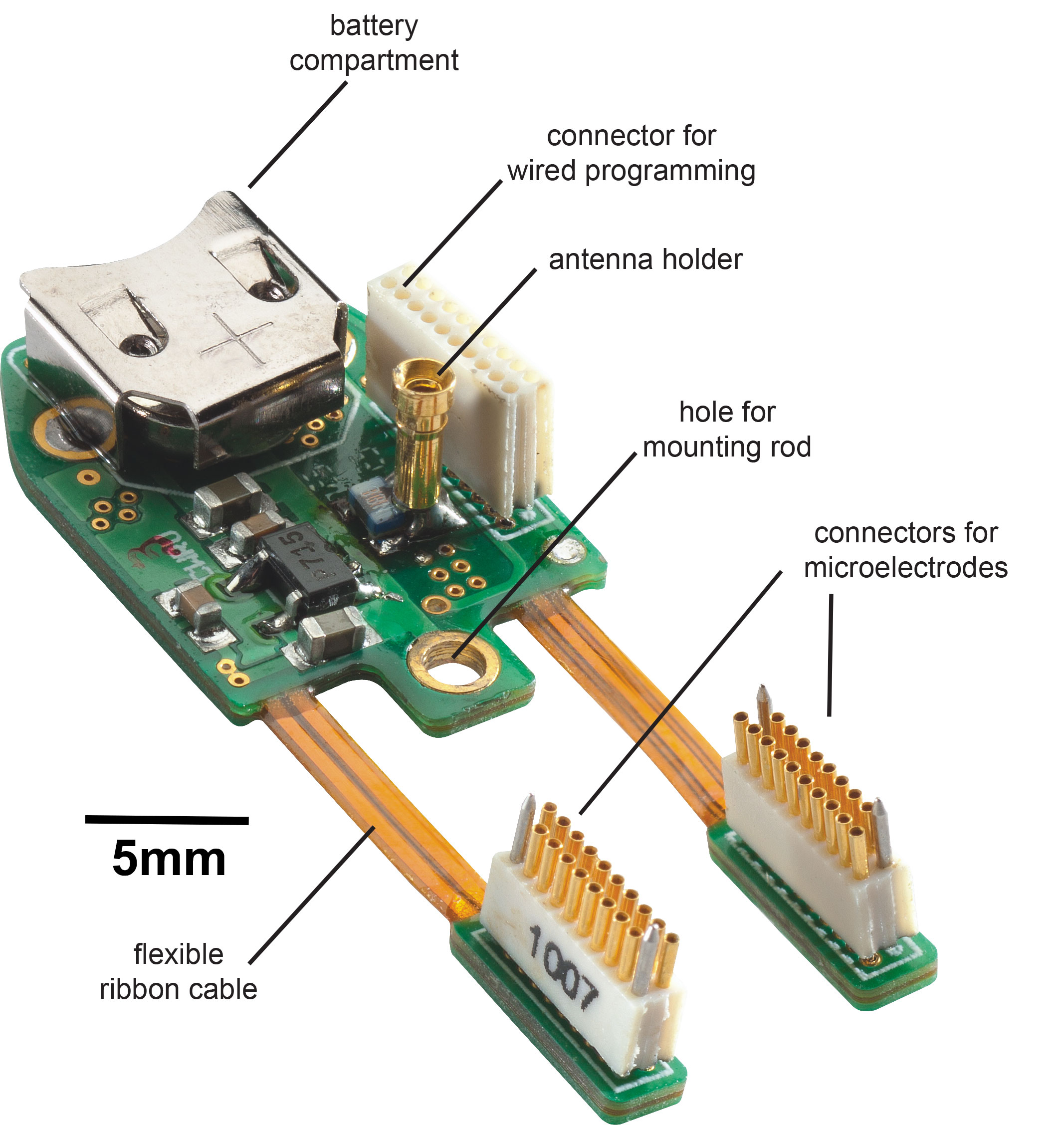 The prosthesis, called a brain-machine-brain interface, records signals from one part of the brain, processes them in real time, then bridges the injury by stimulating a second part of the brain that had lost connectivity. Credit: Pedram Mohseni

“Our aim is to answer questions that naturally came up from our previous studies in order to further de-risk our innovative technology for translation to human applications ,” said Pedram Mohseni, professor of electrical engineering and computer science and a principal investigator with the Advanced Platform Technology (APT) Center at Case Western Reserve. Mohseni and Randolph J. Nudo, professor of rehabilitation medicine at the University of Kansas Medical Center, lead the research.

The two began working together in 2007, after seeing the heavy toll traumatic brain injuries were taking on soldiers returning from Afghanistan and Iraq. The injuries cause soldiers to lose coordination, balance, mobility, memory and problem-solving skills, as well as suffer mood swings, depression, anxiety and aggression.

Mohseni and Nudo have been developing the technology based on studies showing that brain neurons that regularly communicate with each other develop and solidify connections during periods of growth and after injury.

In their initial study, they showed the device helped brain-injured rats to regain motor function needed to reach through a narrow opening and retrieve food pellets. In the new study, they will investigate whether functional gains are maintained after removal of the device or if the device is required throughout a patient’s lifetime.

Nudo and others have found that fibers connecting different parts of the brain undergo extensive rewiring during the month following injury. The researchers will try to determine if this is the only time they can induce recovery using the prosthesis or whether the window remains open and for how long.

To move toward clinical trials in TBI and stroke patients, Nudo and Mohseni will test the prosthesis in larger animal models to determine if it is safe and likely to be efficacious in people.

The researchers were granted a patent in 2015 on the methodology and associated neural prosthesis, and have recently been approved for a continuation patent, broadening the scope of claims on the product.

This article was originally published Oct. 12.