Professor offers ”lessons from abroad” on caring for a graying population 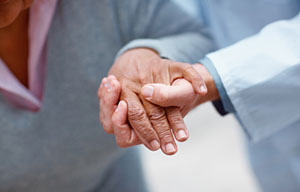 In Norway, families receive public support that enables them to care for aging parents in their own homes and keep them out of nursing homes. This includes a salary for a son or daughter to provide care. They also focus on adapting houses to the needs of older people through municipal government-financed repairs and renovations. The nursing home is the last resort.

In the Netherlands, older people receive a full, government-paid assessment of needs to help them live as independently as possible. They are given a consumer’s choice of how to spend an allotment directed at helping them live independently.

In England, hospice care at the end of life originated and was later adapted to the health care system in the United States. Independent living options for older people are another type of program innovation appropriate for other nations to consider.

“My goal,” said Hokenstad, “is to study what other countries are doing and suggest implications for the United States.”

His observations come at time when 1 million people worldwide turn 60 each month. By 2050, the number of people 60 and older will have more than tripled to an estimated 2 billion, according to the United Nations Population Fund.

That massive shift, of course, raises all kinds of issues, not the least of which is how the world will properly care for a population that’s living longer because of better access to nutrition and medical care.

The Distinguished University Professor at Case Western Reserve University explained: “Surviving old age is not just about economics but quality of life. We need to accentuate the ways in which older people can contribute to this world.”

Hokenstad, who is 76 years old, suggests, “redefining retirement” to include more opportunities for older people to remain in the workforce either part time or full time. This would include flexible retirement plans and more incentives for older entrepreneurs to start businesses at home or in their communities.

He stressed the importance of active aging that includes employment as well as volunteerism and lifelong learning. Micro enterprises run by older people are being developed in many countries, as the population grows older, and offers another way to remain active.

Hokenstad, lead author of “The United Nations Plans for a Future Free of Ageism and Elder Invisibility,” published in the spring issue of the Journal of American Society on Aging, explores the U.N.’s task ahead to care for the aging. Mandel SChool doctoral student Amy Roberts contributed to the study.

He discussed necessary human rights for older people—provisions for care and programs that promote how older people can contribute to the world in meaningful ways.

Hokenstad, an international expert on policies and programs for older people, contributed to the drafting of the United Nations International Plan of Action on Aging. He was a U.S. delegate to the World Assembly on Ageing in 2002 and currently serves as a member of the U.N.’s Non Governmental Organizations Committee on Aging.