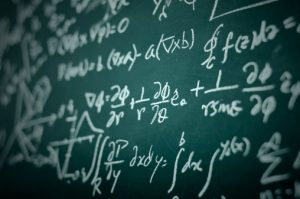 The theorem is called Pierre de Fermat’s last because it was the last and longest to be unverified.

Fermat, in 1630, wrote in the margin of an old Greek mathematics book that he could demonstrate that no integers (whole numbers) can make the equation xn + yn = zn true if n is greater than 2.

He also wrote that he didn’t have space in the margin to show the proof. Whether Fermat could prove his theorem or not is up to debate, but the problem became the most famous in mathematics. Generation after generation of mathematicians tried and failed to find a proof.

So, when Wiles broke through in 1995, “It was just shocking to a lot of us that it could be proved,” McLarty, said. “And we thought, ‘Now what?’ There was no new most famous problem.”

McLarty is a philosophy professor who specializes in logic and earned his undergraduate degree in mathematics. He hasn’t developed a proof for Fermat, but has shown that the theorem can be proved with much less theory than Wiles used.

Wiles relied on his own deep insight into numbers and works of others, including Alexander Grothendieck, to devise his 110-page proof, plus subsequent corrections.

Grothendieck revolutionized numbers theory, rebuilding algebraic geometry in the 1960s and 1970s. He used strong assumptions to support abstract ideas, including the idea of the existence of a universe of sets so large that standard set theory cannot prove they exist. Standard set theory is composed of the most commonly used principles, or axioms, that mathematicians use.

McLarty calls Grothendieck’s work a toolkit, and he showed last month at the Joint Mathematics Meeting in San Diego that only a small portion is needed to prove Fermat’s Last Theorem.

“Most mathematicians are like pit crew members at a car race; they can diagnose and fix problems but they can’t build a whole car,” McLarty said. “But, Grothendieck created a toolkit to build a car from scratch.

“I’ve shown the proof can be done with a generally weak toolkit, and using only a fraction of it,” McLarty said. “I use second-order arithmetic, which is comprised of numbers and sets of numbers.

“You don’t need sets of sets of numbers, which Grothendieck used in his toolkit and Andrew Wiles used to prove the theorem in the ’90s.”

“I appreciate the wholeness of the foundation Grothendieck created,” McLarty said. “ I want to take the whole thing and make it more usable to practicing mathematicians.”

Mathematician Harvey Friedman, who famously earned his undergraduate, master’s and PhD from MIT in three years and began teaching at Stanford University at age 18, calls the work a “clarifying first step,” ScienceNews reported. Friedman, now a mathematics professor at Ohio State University, calls for McLarty’s work to be extended to see if the theorem can be proved by numbers alone, with no sets involved.

“Fermat’s Last Theorem is just about numbers, so it seems like we ought to be able to prove it by just talking about numbers,” McLarty said. “I believe that can be done, but it will require many new insights into numbers. It will be very hard. Harvey sees my work as a preliminary step to that, and I agree it is.”

McLarty will talk more about that specific result at the Association for Symbolic Logic North American Annual Meeting in Waterloo, Ontario, May 8-11.