In addition, the Board of Trustees has directed that this year’s commitments to its strategic investment fund—also about $500,000—support the initiative as well.

“This program incorporates proven best practices from universities nationwide,” President Snyder said. “We believe it will greatly enhance the experiences of all of our undergraduates.”

Inspired by recommendations from the Provost’s Commission on the Undergraduate Experience, the initiative aims to provide students the support and services they need in a more coordinated and timely way. The model consolidates offices previously spread across multiple administrative units into one coherent organization. 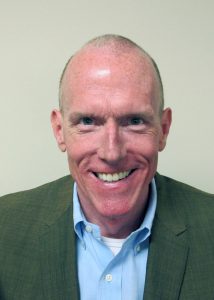 Tom Matthews, executive director of the university’s Career Center since 2004, has been appointed to lead the new program as interim associate provost for student success. Michael R. Mason, who has worked with first-year students through the Office of Undergraduate Studies since 2011, this week was named the program’s director of student advancement.

“We met with several outstanding candidates for this critical new leadership position,“ Matthews said, “but Michael’s qualifications, experience and deep understanding of the role made him the unanimous choice of the interview committee.”

Mason will lead a team charged to assist students in identifying and securing needed assistance during their time on campus. Faculty will continue to provide academic guidance and mentoring to undergraduates, while Mason’s team will connect students with the staff best able to address key questions. Topics could include multiple aspects of financial aid, study abroad programs, services for students with disabilities and more. 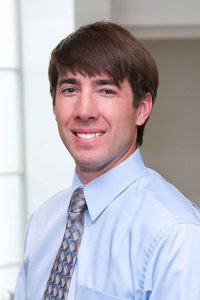 To assist in providing this more personalized support, Mason’s team also will use technology designed to provide “early warnings” about students who may be struggling in specific courses or with other aspects of their undergraduate experience. This data also will allow members of Mason’s team to engage with students well before challenges approach a crisis level.

Mason holds a master’s degree in higher education administration and personnel from Kent State University, and previously served as the Engineering Scholars Program Manager/Honors & Scholars Advisor at The Ohio State University. He has been promoted repeatedly during his time in undergraduate studies, eventually becoming an associate dean.

Matthews holds a PhD from Syracuse University in Counselor Education and Supervision, and held positions at Hood College, George Washington University and the State University of New York Institute of Technology before coming to Case Western Reserve. His service at the SUNY campus included a year as interim vice president for student affairs.

Matthews and Mason will have the program fully staffed—and that staff fully trained—in time to begin working with members of the Class of 2022 by mid-summer.

President Snyder’s $500,000 award came as part of the Carnegie Corporation’s decision to name her as one of seven college and university leaders honored in September for their vision and commitment to excellence in higher education. Presidents have discretion regarding how they allocate the funds, as long as they go toward academic initiatives on campus.