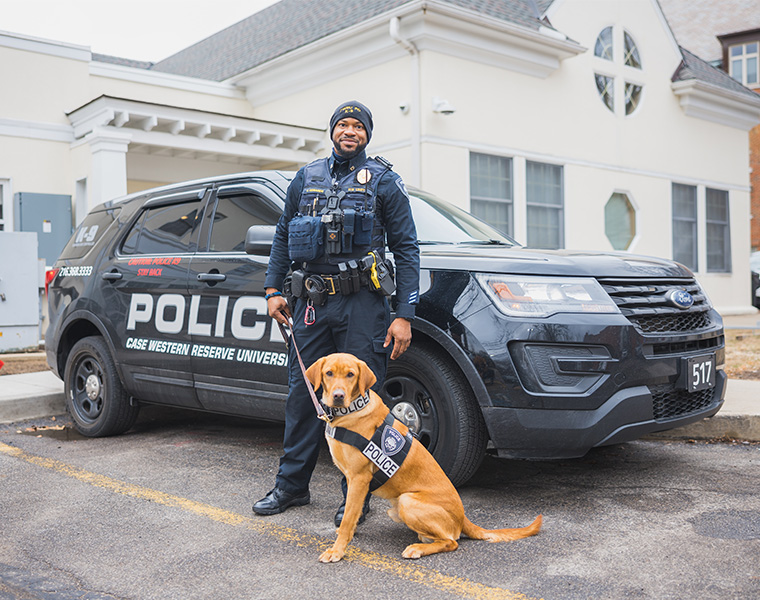 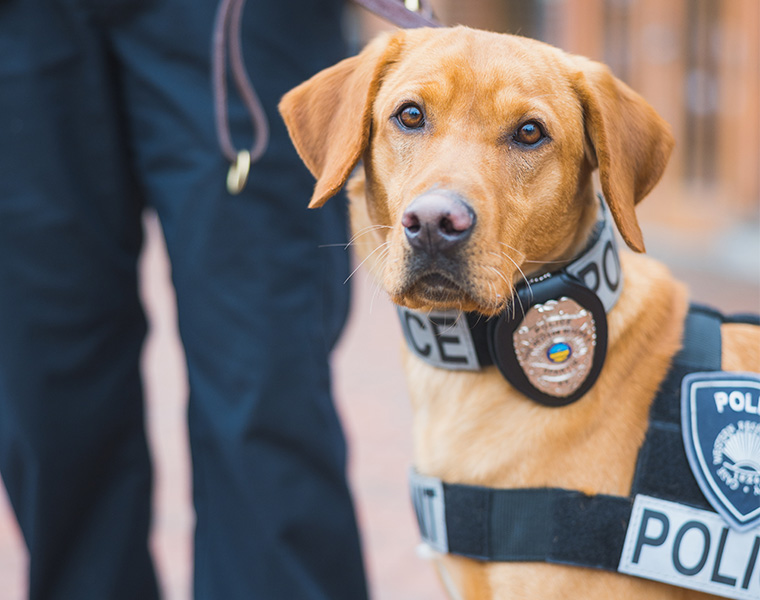 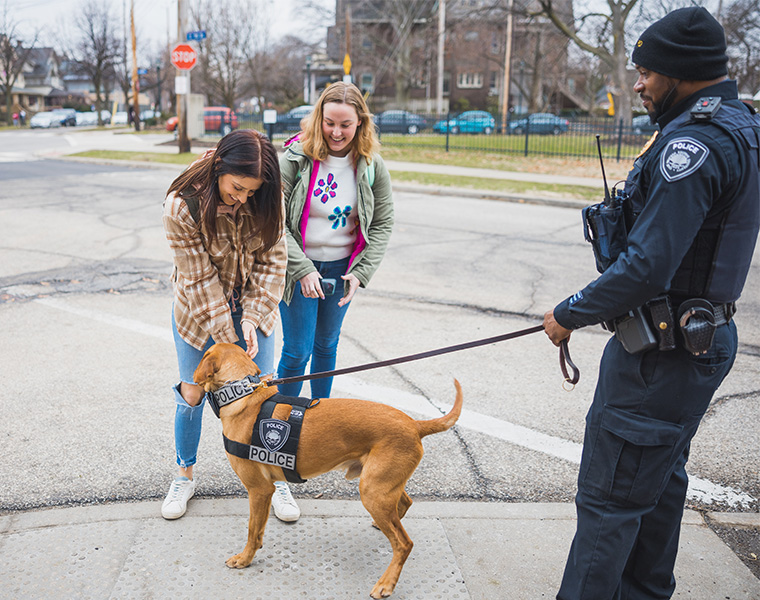 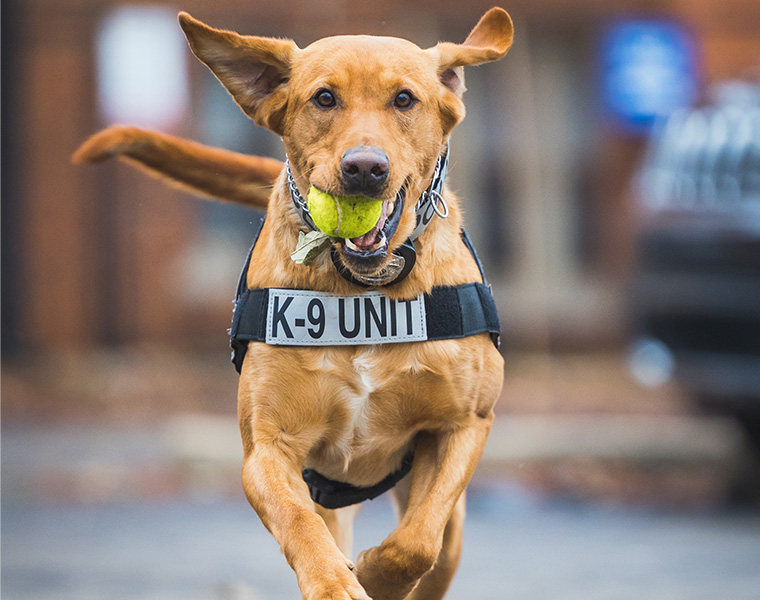 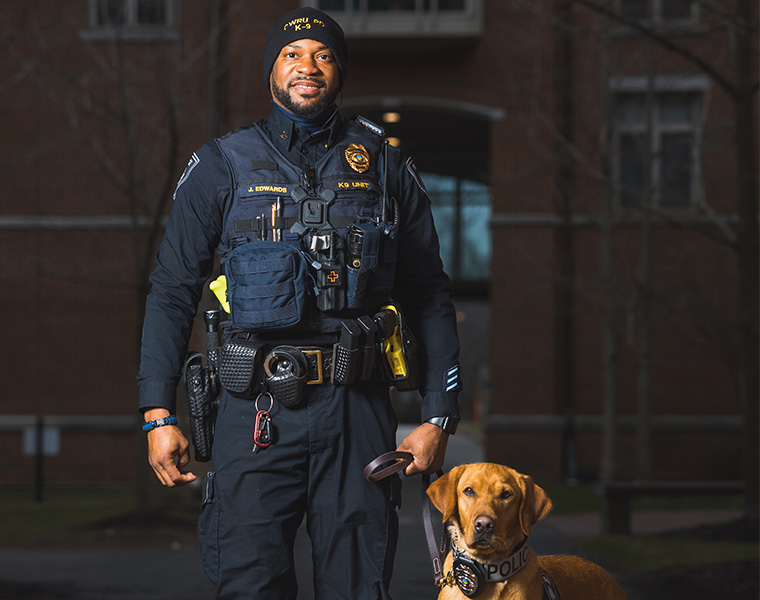 For years, Officer Jimiyu Edwards has urged Case Western Reserve’s Police Department to acquire a police K9 for the university—an addition he felt would be important in keeping the campus safe and building connections among the community.

His persistence will finally pay off Friday, Jan. 20, when President Eric W. Kaler swears in the university’s first police K9, Spartie. The event is open to the public and will take place beginning at 10 a.m. at Amasa Stone Chapel.

Spartie’s primary duty is to offer comfort and support to the campus community. Research has shown that interacting with dogs lowers stress and anxiety; in recent years, several colleges—including Vanderbilt, Ohio University and the University of Illinois—have added these canine ambassadors to their ranks for these reasons.

The swearing-in ceremony comes after Spartie and Edwards, his handler, completed a 12-week training last semester at a K9 training facility and in other venues around Cleveland, such as FirstEnergy Stadium and Home Depot.

“This is something I always wanted for the university,” Edwards explained, noting he had previous experience training and working with a Labrador retriever through a volunteer search-and-rescue group. “So far everyone I met loves having—and seeing him—around.”

While Spartie, a 70-pound male yellow Labrador retriever, has the primary role of lifting spirits among those who see and interact with him around  campus, he also is trained in explosive detection and search and rescue. The university community will see him out and about with his handler as they patrol campus (on foot and in a patrol car), scan suspicious items and perform protective sweeps for large campus events, such as commencement and concerts.

Passersby might even get a glimpse of Spartie refreshing his training.

“I conduct small training sessions periodically throughout the day with him, such as obedience, scent detection and meeting new people,” said Edwards, who has been with CWRU police for 17 years. “He is rewarded with his toy or a tennis ball. He loves to work—and he’s 100 miles an hour when doing it.”

Spartie was chosen to be a police dog because of his high work drive—and that doesn’t just turn off when he’s done working for the day.

Fortunately, Spartie’s new siblings at Edwards’ home—a Jack Russell Terrier mix and a cockatoo—might be able to provide some distraction in the evenings and on weekends.

“Due to him being a working dog, he always wants to work or play,” Edwards noted. “I have to keep him entertained because he’ll get bored. On the weekends we go for walks and I do small sessions of training, but mostly on the weekends I let him relax.”

Learn more about Spartie’s swearing-in ceremony and plan to attend.