Practicing how to play during school can improve student imaginations and creative problem-solving, study shows

Elementary students who practiced playing at school significantly improved their organization of stories, imagination and frequency in showing emotion, according to a study by researchers at Case Western Reserve University.

Students who struggled using their imaginations before the study also saw marked improvement in their creative problem-solving abilities—considered essential to navigate the adult world, according to researchers. 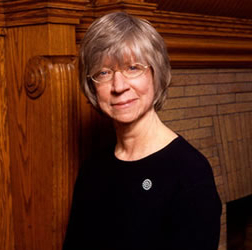 “Sometimes people think you’re creative or not,” said Sandra Russ, the study’s co-author and Distinguished University Professor and the Louis D. Beaumont University Professor of psychology at Case Western Reserve. “Everybody has potential to be creative; it’s a skill that can be improved with practice. It doesn’t take a year or two. We showed significant improvements in how the students were playing in a brief time during the school day.”

For the study, children were asked to use their imaginations to create and act out stories about everyday life through a number of activities organized by researchers, such as pretending toy blocks were other objects and making up stories, while using gestures and expressions to indicate a range of emotions.

All students improved their abilities to generate a variety of ideas—apparent in actions such as making up alternate story endings or envisioning blocks as multiple props.

“Helping kids develop play skills transfers to other tasks that require creativity,” said Russ. “Children who play better, cope better. They can think of more things to do if something doesn’t go according to plan.”

“These 5-year-olds are future 16-year-olds,” said Jessica Hoffmann, lead author of the study and a postdoctoral research associate at the Yale Center for Emotional Intelligence. “Playing helps prepare them for what they’ll face later in life.”

The findings show the benefits of practicing play in schools for developing creativity in children, say researchers. Yet with limited room in curriculums, there has been a reduction in play and recess time in schools.

“This study suggests that, with a little bit of play guidance, we can make a positive difference. It fights the idea that play is a waste of time. It’s not,” said Russ. “It’s how kids, for centuries, have developed. It’s how kids deal with problems.”

Children use play as a safe space to practice using and regulating emotional content, allowing them to express fears or concerns in a distanced way, such as pretending a doll is mad at a parent, when it’s the child who is angry.

“Play activities are a way schools can work with kids to help them feel comfortable expressing feelings, start to handle unpleasant thoughts, knowing what to do with aggression and sadness and being overly excited,” said Hoffmann.

With a brief teacher training, play sessions can be integrated into recess time or after-school activities, and parents can do similar activities at home, say researchers.

For the study, Hoffmann and Russ held six 30-minute play activities during the school day for students 5 to 8 years old.

First, each child was asked to play with blocks and puppets in any way they wanted while telling a story, and were scored on organization and imagination—including story complexity and novelty—as well how they expressed emotions, such as aggression, happiness, competitiveness and frustration.

Another activity, using a common measure of creativity, asked children to think of uses for everyday objects, such as a newspaper or button, in order to reflect a child’s ability to generate original ideas.

Then, children were randomly assigned to two groups: one a control group that played with crafts and puzzles and the other participated in the play group.

During the play activities, adults provided examples of how to play, while praising and reflecting on actions by the students.

Then, once again, individual play and creativity assessments were carried out.

Children in the play groups increased organization, imagination and emotional expression in their play when compared with the control group. And below average players were more creative than before.

“The power of a school group is that students can learn from each other. Children who are good at playing help their fellow classmates,” said Hoffmann, who conducted the study as her thesis while a PhD student at Case Western Reserve.

“Play is natural for children,” she added. “Once you provide the space and parameters, children know what to do, they learn fast, and these skills will help them in their lives.”

The study was published in the journal Psychology of Aesthetics, Creativity, and the Arts. The study was sponsored by the Center for Research on Girls at the Laurel School in Shaker Heights, Ohio.