Beverly Daniel Tatum, a nationally recognized educator, race scholar and author, will be the featured guest at the upcoming Power of Diversity event at Case Western Reserve University. 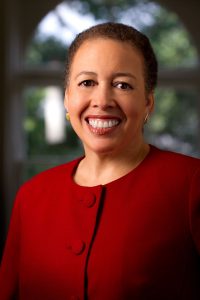 Free and open to the public, the “Dialogue on Diversity” event will be held Thursday, Feb. 23, at 4:30 p.m. in the Iris S. Bert L. Wolstein Research Building Auditorium. It will feature an on-stage conversation between Tatum and Case Western Reserve University President Barbara R. Snyder.

Tatum holds a PhD in clinical psychology from the University of Michigan and is the former president of Atlanta’s Spelman College, a historically black education institute for women. Her research areas include racial identity development and the role of race in the classroom.

As Spelman president, Tatum nearly tripled scholarship support for students and tripled alumnae giving for the college’s annual fund. She also made the bold decision to withdraw the college from the NCAA intercollegiate sports division and instead implemented a wellness initiative designed to meet the needs of young African-American women.

She is the author of Can We Talk About Race? And Other Conversations in an Era of School Resegregation (2007) and Why Are All the Black Kids Sitting Together in the Cafeteria? (1997). Tatum received the 2013 Carnegie Academic Leadership Award and the prestigious International Prize in Education. She also received the 2014 American Psychological Association Outstanding Lifetime Contributions to Psychology.

Learn more about the Power of Diversity Lecture Series at case.edu/diversity/programs/power-of-diversity-lecture-series/.