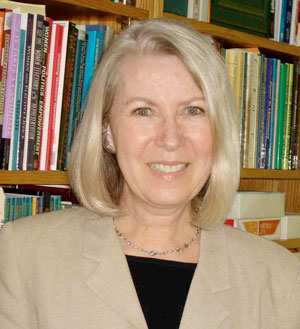 Beckwith, the Flora Stone Mather Professor of Political Science, specializes in research on gender and politics, with an expertise in political movements, comparative women’s movements and women’s political representation in parliaments and cabinet positions.

Those interests will cross the Atlantic as she plans to use her Fulbright to lecture and undertake research at the University of Edinburgh for her project, “What’s New?  Institutional Transformation and Women’s Political Representation.”

She will collaborate with Fiona Mackay, a professor of politics at Edinburgh, with plans to produce articles and a book that identifies how the political process can work to create policies inclusive and favorable to women.

Beckwith raises the question of the relationship between newly established institutions, how they operate and incorporate new political actors (such as members of parliaments) and the policy consequences for women. She will focus on political case studies in France, Germany, Italy, Scotland and Spain.

Beckwith is among 300,000 scholars worldwide who have participated in the Fulbright program. The program is sponsored by the U.S. Department of State and the Department of Business, Innovation and Skills in the United Kingdom. She is the fourth member of the CWRU Department of Political Science to win a Fulbright award within the past five years.

Forty-three Nobel Prizes have been awarded to individuals who received Fulbright Scholarships.