Platelet mimicry technology halts bleeding faster, may have broad use in medicine

Artificial platelet mimics developed by a collaborative research team from Case Western Reserve University and University of California, Santa Barbara, are able to halt bleeding in mouse models 65 percent faster than nature can on its own.

For the first time, the researchers have been able to integratively mimic the shape, size, flexibility and surface chemistry of real blood platelets on albumin-based particle platforms. The researchers believe these four design factors together are important in inducing clots to form faster selectively at vascular injury sites while preventing harmful clots from forming indiscriminately elsewhere in the body.

The new technology, reported in the journal ACS Nano at pubs.acs.org/doi/abs/10.1021/nn503732m, is aimed at stemming bleeding in patients suffering from traumatic injury, undergoing surgeries or suffering clotting disorders from platelet defects or a lack of platelets. Further, the technology may be used to deliver drugs to target sites in patients suffering atherosclerosis, thrombosis or other platelet-involved pathologic conditions. 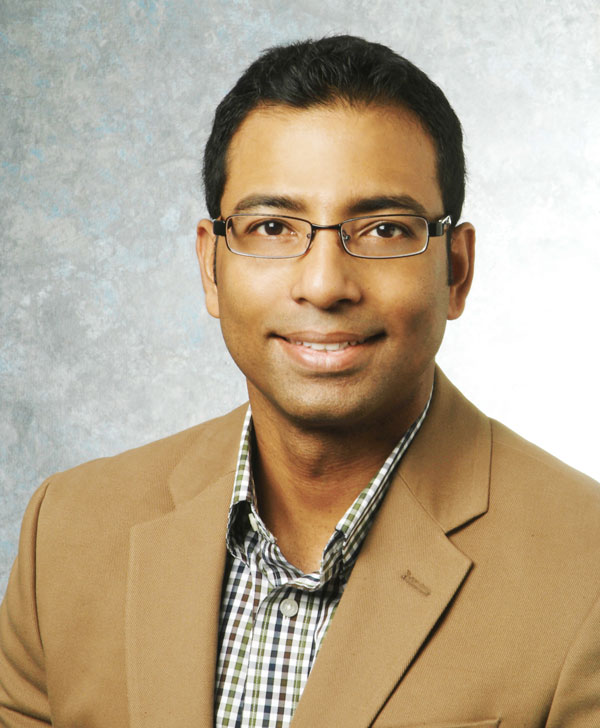 “Morphological and mechanical factors influence the margination of natural platelets to the blood vessel wall, and only when they are near the wall can the critical clot-promoting chemical interactions take place,” he said.

These natural cues motivated Sen Gupta to team up with Samir Mitragotri, a professor of chemical engineering at UC Santa Barbara, whose laboratory has recently developed albumin-based technologies to make particles that mimic the geometry and mechanical properties of red blood cells and platelets.

Together, the team has developed artificial platelet-like nanoparticles (PLNs) that combine morphological, mechanical and surface chemical properties of natural platelets.

The researchers believe this refined design will be able to simulate natural platelet’s ability to collide effectively with larger and softer red blood cells in systemic blood flow. The collisions cause margination—pushing the platelets out of the main flow and closer to the blood vessel wall— increasing the probability of interacting with an injury site.

Testing in mouse models showed that intravenous injection of these artificial platelets formed clots at the site of injury three times faster than natural platelets alone in control mice.

The ability to interact selectively with injury site proteins, as well as the ability to remain mechanically flexible like natural platelets, enables these artificial platelets to safely ride through the smallest of blood vessels without causing unwanted clots.

Albumin, a protein found in blood serum and eggs, is already used with cancer drugs and considered a safe material. Artificial platelets that don’t become involved in a clot and continue to circulate are metabolized within one to two days.

The researchers believe the new artificial platelet design may be even more effective in larger volume blood flows where margination to the blood vessel wall is more prominent. They expect to soon begin testing those capabilities.

This research was previously funded by American Heart Association and is currently funded by National Institutes of Health.

In addition to stemming bleeding, Sen Gupta believes the technology could also be useful in delivering clot-busting medicines directly to clots, to treat heart attack or stroke without having to systemically suspend the body’s coagulation mechanism. The artificial platelets may also be used to deliver cancer medicines to metastatic tumors that have high platelet interactions. Sen Gupta is seeking grants to pursue that work.