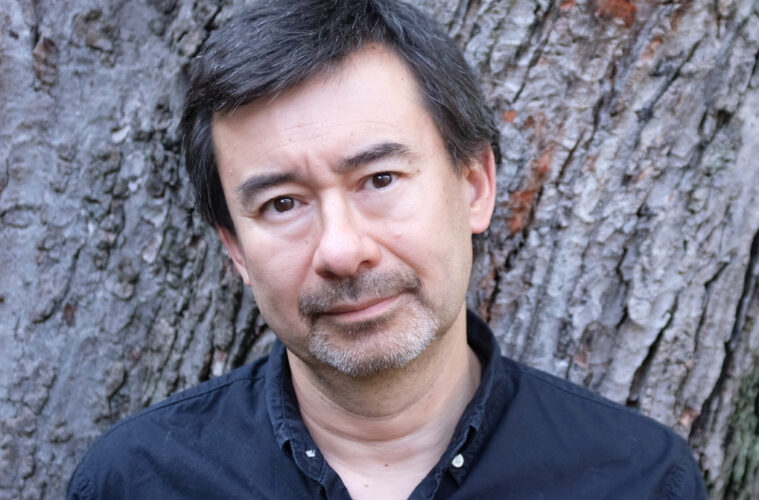 Award-winning author Peter Ho Davies lays all that out by weaving together the fictional stories of four lives—a railroad baron’s valet who accidentally ignites an explosion in Chinese labor, Hollywood’s first Chinese movie star, a hate-crime victim whose death mobilizes Asian Americans and a biracial writer visiting China for an adoption.

And Case Western Reserve’s first-year students entering this fall will learn of those experiences—three of which were inspired by real historic characters: The Fortunes (Houghton Mifflin Harcourt 2016) was chosen for the university’s common reading program.

The common reading selection is part of the First-Year Experience Program to help new students successfully begin their transition from high school to Case Western Reserve. All new students will receive a copy of the book to read over the summer and have the opportunity to meet the author at fall convocation.

“The Fortunes is a beautifully written book that moves between humor and tragedy to provide four different and yet interrelated stories that consider ideas of personal identity, immigration and nationality,” said Daniel Goldmark, a professor of music and an associate dean in the College of Arts and Sciences, who chaired the common reading committee. “We believe the many themes and topics the author brings together in the four tales—including history, politics, music, family, technology and religion—will deeply engage our new students, who come to CWRU with a wealth of different experiences and backgrounds.”

Davies is the author of five works of fiction, including the novels A Lie Someone Told You About Yourself, a New York Times Notable Book of the Year; The Fortunes, winner of the Anisfield-Wolf Award and the Chautauqua Prize, and a finalist for the Dayton Literary Peace Prize; and The Welsh Girl, long-listed for the Man Booker Prize and a London Times Best Seller. His stories and essays have appeared in Harpers, The Atlantic, The Paris Review, The Guardian, The New York Times, Washington Post and TLS among others.

Born in Britain to Welsh and Chinese parents, he has taught at the University of Oregon, Emory University, Northwestern University and, for the last 20 years, in the Helen Zell MFA Program in Creative Writing at the University of Michigan in Ann Arbor, where he is the Charles Baxter Distinguished Collegiate Professor.

While in Cleveland to accept the 2017 Anisfield-Wolf Book Award for The Fortunes, Davies told ideastream that his characters’ experiences, while based on historic events, are even more relevant. “Some of the questions addressed in the book are more and more urgent where economic anxiety and some unfortunate political rhetoric leads to an enactment of racial violence,” he said in that interview with the NPR affiliate. “Those feel like issues that I wish were not quite as timely now, but it does feel as though I and other writers, particularly through winning a prize like the Anisfield-Wolf,  have a responsibility to talk about those issues.”