Some members of the Case Western Reserve University community may recognize a familiar face at the 2016 Summer Olympics in Rio de Janerio, where opening ceremonies begin tonight. Though not a competitor, Alicia Kendig, who received her master’s degree from Case Western Reserve in 2005, will be on the sidelines as a dietitian for Team USA, working with track and field and swimming.

And with that experience, Kendig becomes the latest participant in the Olympic Games with a Case Western Reserve connection. Here’s a look back through the university’s former Olympians. 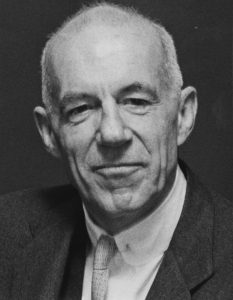 CWRU’s first Olympian competed back in the summer of 1924—though it was actually before he arrived at the university. Benjamin M. Spock, who came to the School of Medicine in 1955 as a professor of child development, and his fellow teammates won a gold medal in Paris in the men’s eights rowing competition. Spock retired from CWRU in 1967, but not before writing 14 books on parenting and child development, most famously, The Common Sense Book of Baby and Child Care. 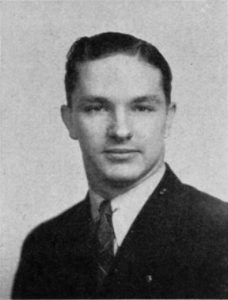 A few years after Spock won gold, M. Rowland Wolfe, nicknamed “Flip,” also took home the gold—this time for Team USA’s tumbling team in the 1932 Summer Olympics in Los Angeles. Soon after, Wolfe attended Adelbert College, where he started the school’s first gymnastics team and taught tumbling to students. He graduated in 1938 with a degree in biology and was inducted in the Spartan Club Hall of Fame in 1987. 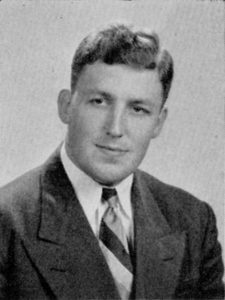 Two decades later, William Kerslake competed in the 1952 Summer Olympics in Helsinki, Finland, where he wrestled for Team USA. A three-time Olympic competitor, Kerslake also wrestled in the ‘56 and ‘60 games. Before his first Olympic Games, Kerslake studied at the former Case Institute of Technology, where he graduated in 1951. While training for his second run for a medal, Kerslake completed his master’s degree from the School of Graduate Studies in 1955. Though he didn’t medal, Kerslake ranked as high as fifth place in his first year at the Olympics.

Caldwell Esselstyn, a 1961 graduate of the School of Medicine, competed the same year as Kerslake. Esselstyn and his rowing team prevailed in the 1956 Summer Olympics in Melbourne, Australia, winning gold. After graduating, he became an intern and resident at Cleveland Clinic and later married Ann Crile, granddaughter of George Washington Crile, a Cleveland Clinic founder.

Yet another alumnus would succeed in the 1956 Games—this time, however, it was the Winter Olympics in Cortinia d’Ampezzo, Italy. David Jenkins became a two-time Olympic Champion in men’s figure skating, winning bronze in 1956 and gold during the 1960 Winter Olympics in Squaw Valley, Calif. After taking a break to compete, Jenkins returned to CWRU to finish his medical degree in 1962 and became a physician. 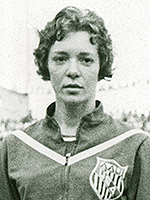 Two years after graduating from the Frances Payne Bolton School of Nursing in 1962, Sandra Knott took home sixth place in the women’s 800-meter race during the 1964 Summer Olympics in Tokyo. She later became a nurse practitioner and a diabetes educator and, in 2008, was inducted into the CWRU Athletic Hall of Fame.

In the winter of 1980, Walter “Ty” Danco competed in the men’s doubles luge contest. Luge was not yet a popular sport in America, and when Danco and his teammate placed 11th, it was the highest any American team had ever finished to that point. Danco attended CWRU School of Law in the late 1970s while he trained for the Olympics, according to university archives. In 1978, he won the North American Luge Championship.

Nearly a decade before receiving his EMBA from the Weatherhead School of Management in 2003, Matt Ghaffari won a silver medal at the 1996 Summer Olympics in Atlanta, where he participated in the Greco-Roman Wrestling competition. He is now manager of business development at OSPORTS, a sports architecture and engineering firm in Cleveland.

The Opening Ceremonies start tonight at 7:30 p.m. on NBC. The schedule for the following 17 days can be found at nbcolympics.com/schedule.