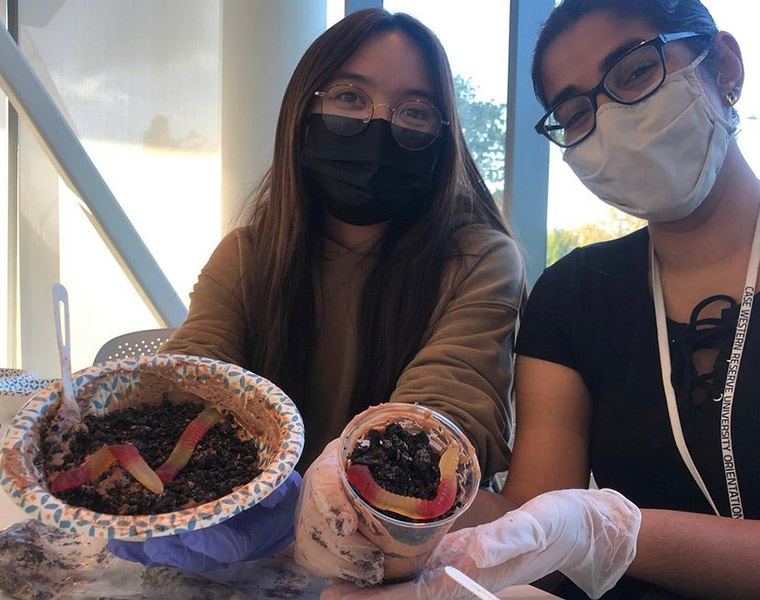 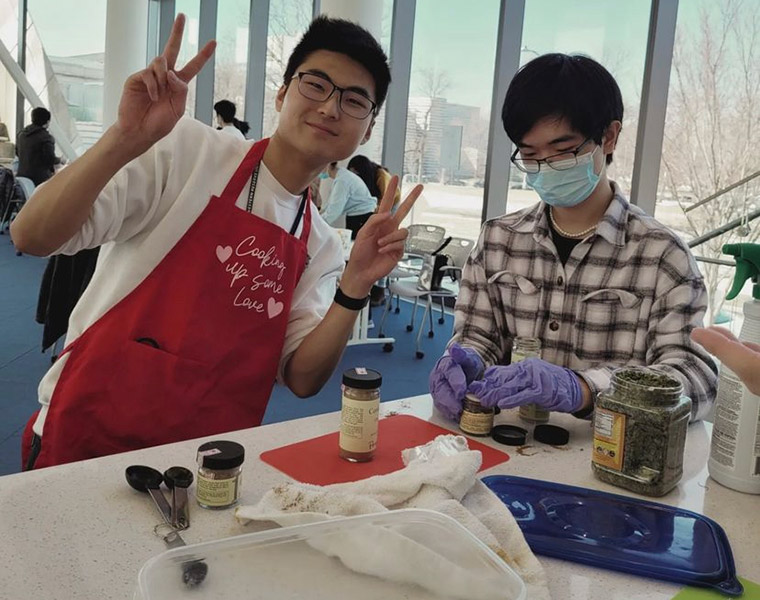 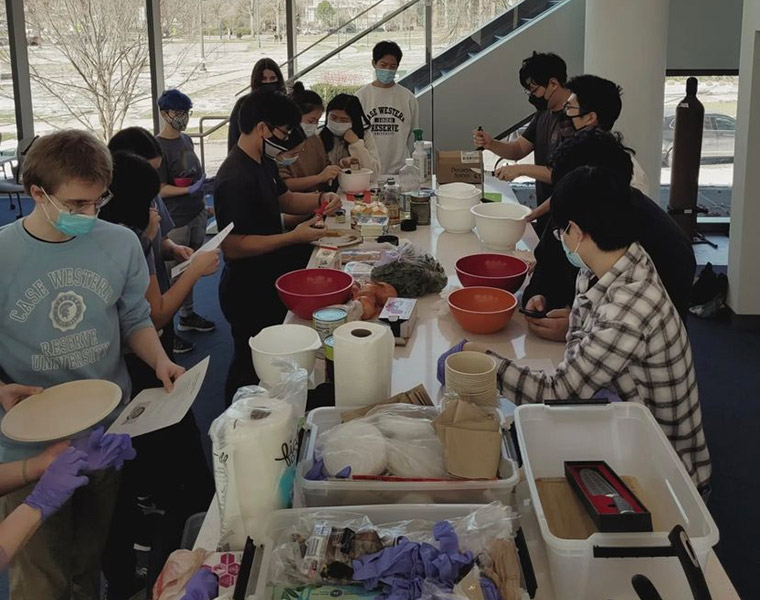 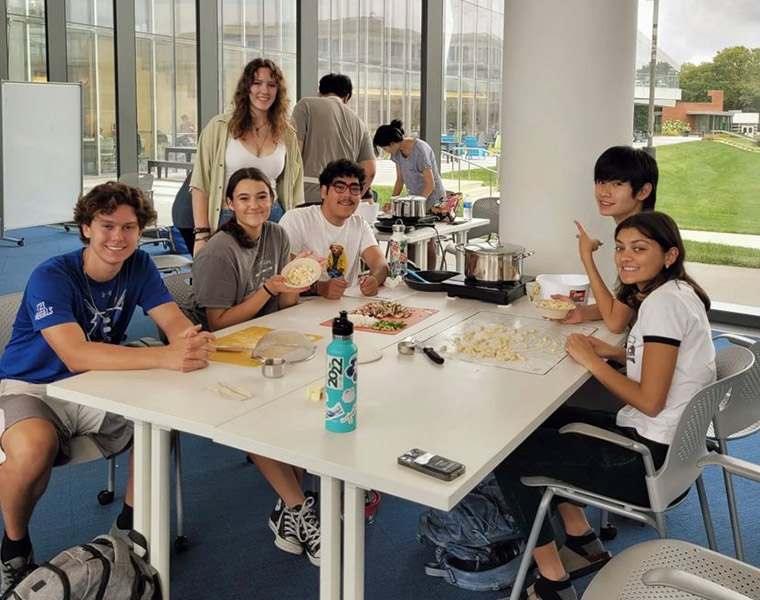 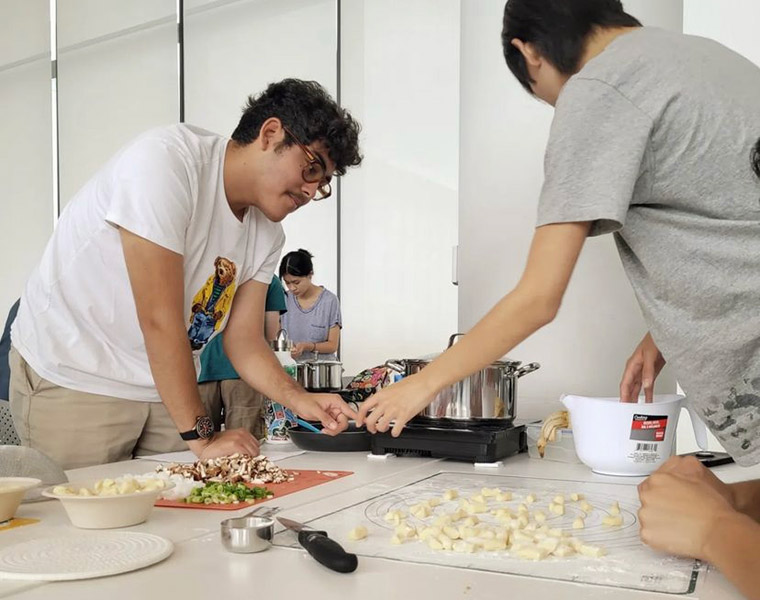 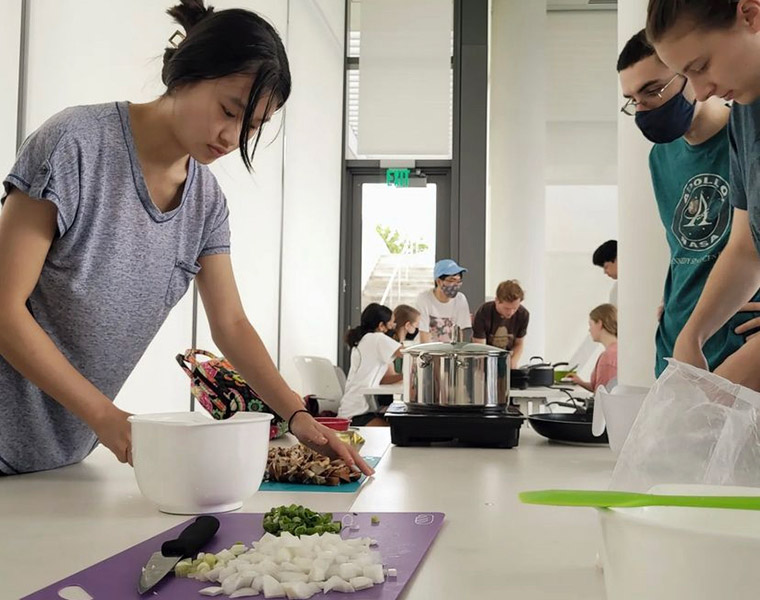 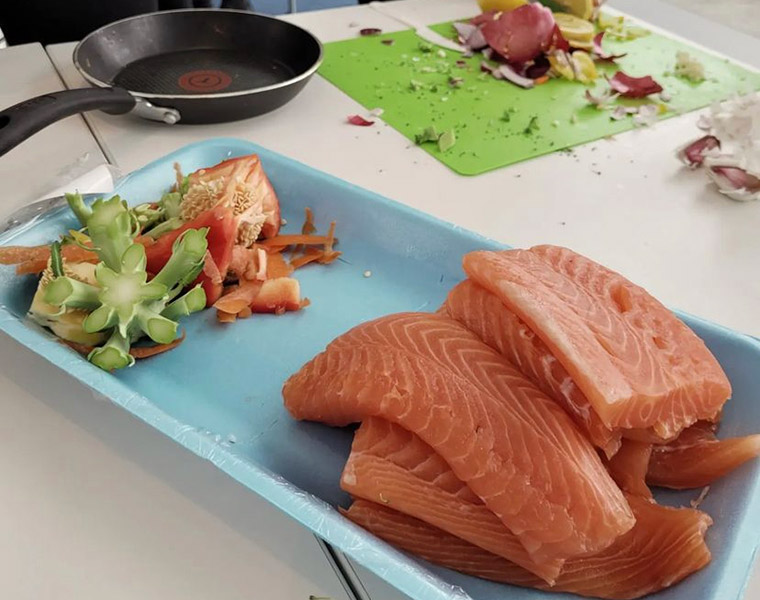 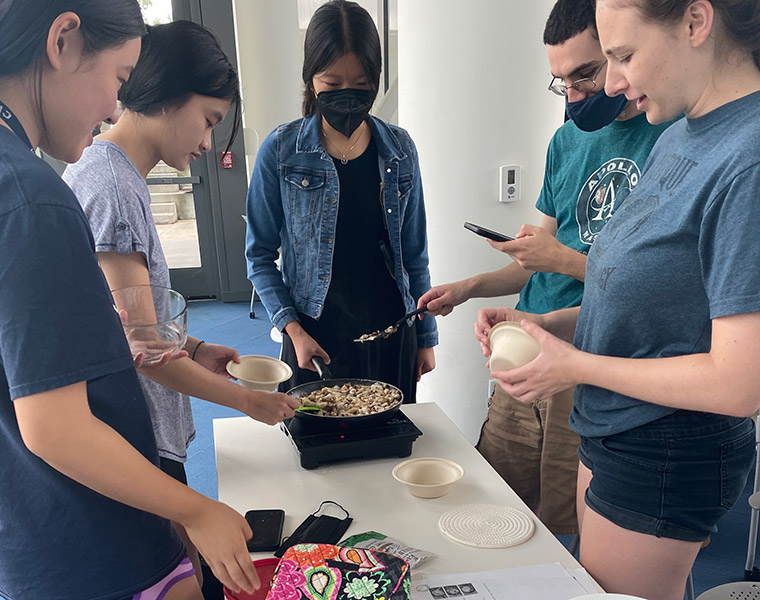 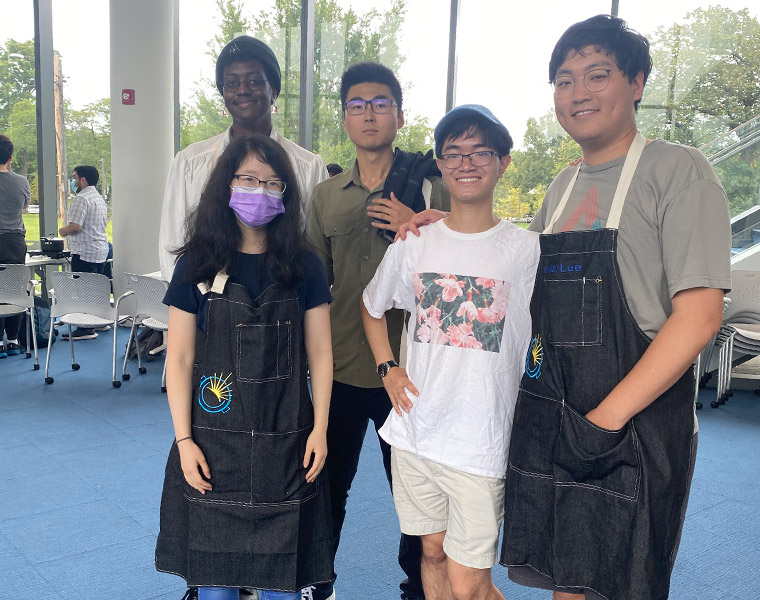 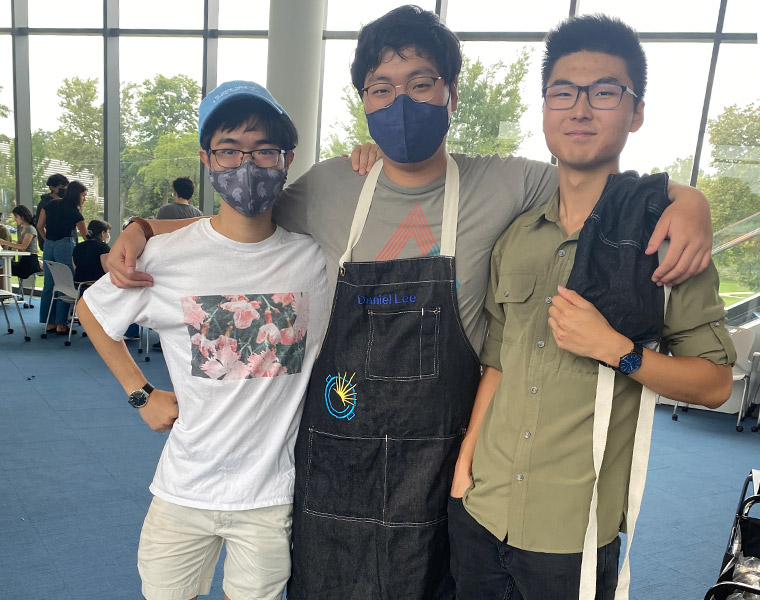 Beyond providing the nutrition that fuels human life, food is a universal language at the core of traditions dating back to the beginning of time.

On National Cooking Day (Sept. 25), all are encouraged to reflect on how food brings family and friends together—whether for holiday dinners, celebratory occasions, reunions or, in the case of Case Western Reserve University’s Cooking Club, everyday gatherings.

The CWRU Cooking Club gives students ongoing opportunities to talk, laugh and build their social networks—all while preparing shared, homemade dishes from diverse cultural backgrounds. Past recipes members have made include falafel gyros, authentic nachos, veggie eggs benedict, carbonara, sushi, and latke, a Jewish potato pancake. The club also fosters community by collaborating with other student groups on campus such as Case For Sight and the Black Student Union.

To learn more about the club and other eats they’ve prepared, The Daily spoke with a few of its  executive board members, including Kevin Liu, one of the club’s original six founders.

Read on to learn why the club was created—and get a few tips to cook up your own masterpiece.

Answers have been edited for clarity and length.

Liu, a founder and vice president of the CWRU Cooking Club, is a fourth-year neuroscience and psychology major who has been involved with the club since its inception four years ago.

What led you to help create the CWRU Cooking Club?

Cooking together in the residence halls as first-year [students] is where the idea started of forming a club. As we were cooking, we realized it would be great to get more people involved and use university funding to bring people together to try new food.

We’ve made pork dumplings twice, based on my mom’s recipe, so that’s special to me.

Don’t be afraid. It can be really intimidating, [but] it’s okay to use a recipe and make mistakes. Part of [cooking] is about making mistakes and realizing what you can do better next time—the only way to learn is to try.

As COVID-19 has been more under control, I’m glad to see the [traditional] university experience return. With it being my fourth year, I’m going to be phasing out, so I’m looking forward to introducing new members of the executive board to the team and passing the torch.

Li, the CWRU Cooking Club’s president, is a third-year nutritional biochemistry and metabolism student with a minor in communications who has been involved with the club for three years.

What led you to get involved with the CWRU Cooking Club?

I always loved cooking as a kid. Growing up, I’d hang with my mom during dinnertime, and I learned my skills from her. I’m more of a baker than a cook, but [the club] is really helping me.

Don’t be intimidated. Cook what the heart desires, and don’t be afraid to try new things. And, don’t be disappointed in yourself if you [aren’t] satisfied with what you make. Eating is fun, so you might as well learn how to feed yourself.

I’m excited about our increased funding and new storage system. We have a very efficient wire rack, which means no more stuffing things in lockers, our wet towels can hang to dry, and we have space for extra leftover spices. This [increased budget] opens new possibilities and more space for future equipment like an air fryer or ice cream maker.

Duncan, the club’s social media chair, is a third-year cognitive science and psychology student who has participated in the club for three years.

What led you to get involved with the CWRU Cooking Club?

I had the time and means to get involved. I heard that they were a fun group of people who were making good food and I’m a fun person who likes to make food, so I figured I might as well show up and I’ve loved it since.

You never know what’s going to happen, so have a fun time while you’re cooking.

We have a lot more members this year, so seeing it grow and also being able to make more food in general.

Looking to get involved on campus? Explore hundreds of student organizations and find your niche.