Pamela B. Davis—dean of Case Western Reserve University School of Medicine—named a Fellow of the National Academy of Inventors 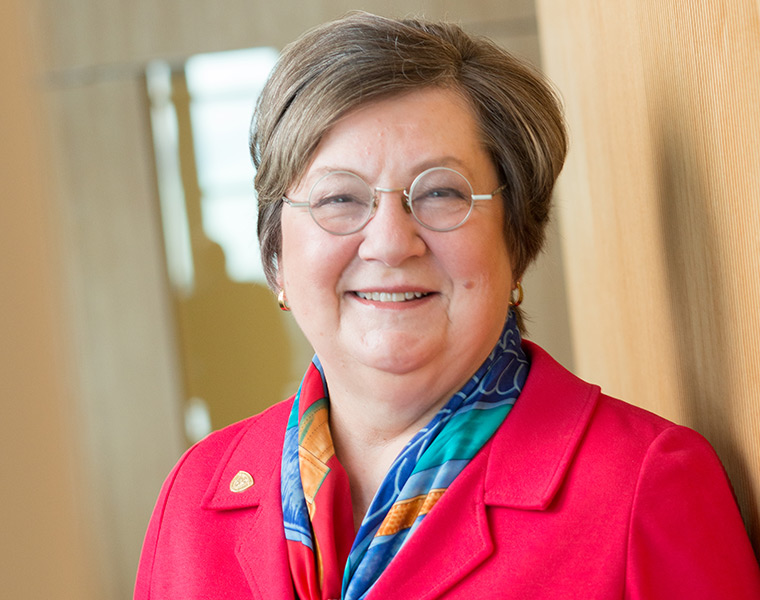 Pamela B. Davis, dean of Case Western Reserve University School of Medicine, has been named a Fellow of the National Academy of Inventors (NAI).

The NAI Fellows Program highlights academic inventors who have demonstrated a spirit of innovation in creating or facilitating outstanding inventions that have made a significant impact on quality of life, spawned economic development and advanced societal welfare. Election to the program is the highest professional distinction accorded solely to academic inventors.

A renowned physician and medical researcher, Davis has earned far-ranging recognition and numerous accolades for her global leadership and research on cystic fibrosis (CF), particularly in pediatric CF.

As dean of the medical school since 2007, Davis has emphasized the acceleration of inventions to the marketplace. Holder of seven U.S. patents, two of which are licensed, Davis also co-founded Copernicus Therapeutics, Inc., a biotechnology company that creates novel pharmaceutical targeting and delivery systems. In addition, Davis has authored more than 130 articles in peer-reviewed journals.

At Case Western Reserve, Davis also serves as senior vice president for medical affairs, holds the Arline H. and Curtis F. Garvin Research Professorship, and is a professor of pediatrics, physiology and biophysics and a professor of molecular biology and microbiology. Davis’s previous roles include serving as chief of the pediatric pulmonary division at University Hospitals Rainbow Babies & Children’s Hospital in Cleveland and a stint as director of the Willard A. Bernbaum Cystic Fibrosis Research Center at Case Western Reserve.

Davis earned a doctorate in physiology and pharmacology in 1973 and her medical degree in 1974, both from Duke University.

To date, NAI Fellows hold more than 41,500 issued U.S. patents, which have generated over 11,000 licensed technologies and companies, and created more than 36 million jobs. In addition, more than $1.6 trillion in revenue has been generated based on NAI Fellow discoveries.

Among the 2019 Fellows are six recipients of the U.S. National Medal of Technology & Innovation or U.S. National Medal of Science and four Nobel Laureates, as well as other honors and distinctions. Their collective body of research covers a range of scientific disciplines including neurobehavioral sciences, horticulture, photonics and nanomedicine.