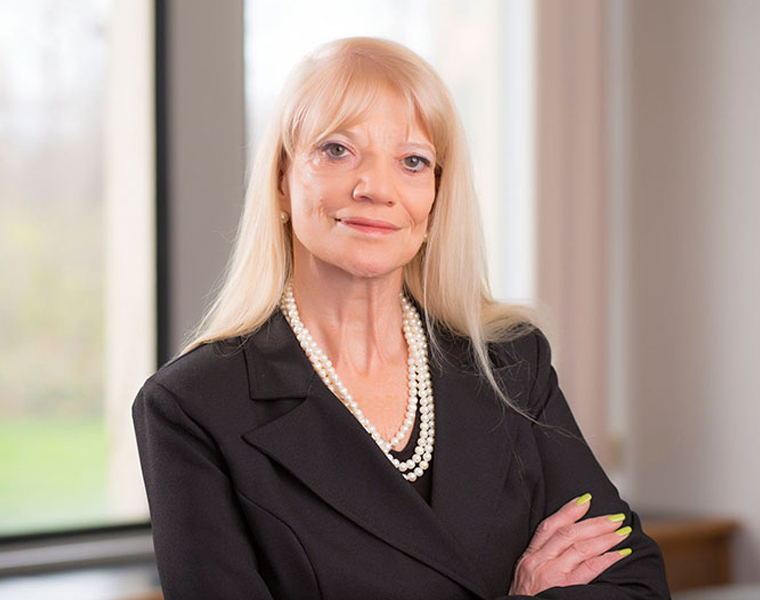 Of the 3.5 million nurses in the United States, only 2,400 hold the distinction of membership in the American Academy of Nursing (AAN). More selective still is the academy’s designation of Living Legend—only a handful are chosen each year.

An internationally renowned researcher, author, educator, leadership coach and icon in her field, Fitzpatrick, the Elizabeth Brooks Ford Professor of Nursing at the Frances Payne Bolton School of Nursing, will accept the Living Legend award on Oct. 20 at AAN’s annual conference in Washington, D.C.

“Dr. Fitzpatrick has a vision of what nursing ought to be, is always future-oriented as to what we can become together,” said May Wykle, emerita professor of nursing and former dean of the nursing school, who nominated Fitzpatrick for the award (which she received herself in 2011). 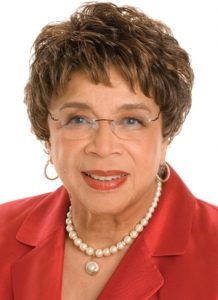 May Wykle, emerita professor of nursing and former dean of the nursing school

“Joyce has expanded the field greatly as an early adopter of diversity, making it easier for people with diverse backgrounds to come into nursing leadership positions,” added Wykle, the nursing school’s first African-American dean.

Fitzpatrick’s recent work focuses on meaningfulness in life (especially that of nurses’ professional lives)—and of particular emphasis: how each nurse can develop into a leader.

“Nurses don’t have to be in a formal management position to be a leader—every nurse is a leader, both at the bedside and in the board room,” said Fitzpatrick, who was selected as an AAN fellow in 1982 and served as its president from 1997 to 1999, following a 15-year stint as the dean of the nursing school.

“I’ve always pushed for nurses to be more empowered to advance health care around the world,” Fitzpatrick said. “We don’t need to sit back and wait to be asked.”

As the author or editor of more than 80 books—including three released in 2016—Fitzpatrick believes her greatest impact comes from her prolific publishing. She has won the American Journal of Nursing Book of the Year Award 20 times.

“You can reach a wide audience through writing and influence the direction of the field,” said Fitzpatrick, author of the forthcoming 301 Careers in Nursing, the third in a popular series showing the field’s growing employment possibilities. “And I happen to like to write.”

Fitzpatrick continues to travel the world to share her work and message at universities, conferences and government agencies in Africa, Asia, Australia, Europe, Latin America and the Middle East.

In the meantime, she still teaches and mentors doctoral students at the nursing school. 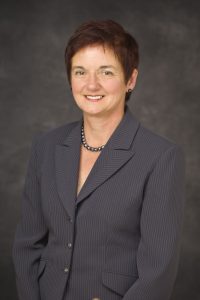 Mary Kerr, dean of the nursing school and May L. Wykle Endowed Professor

“Besides being a tremendous influence around the world in health,” said Mary Kerr, dean of the nursing school, “Joyce advocates every day for her current and former students. As one of her former students, I can vouch that she is in constant contact with them, mentoring and supporting them as they develop into nurse leaders.”

As a fellow in the AAN, Fitzpatrick helps lead its fellows in translating new knowledge into public policy, in areas such as psychiatric mental health nursing, emerging infectious diseases, end-of-life care and veterans health issues, among many others.

“Nurses help people live healthier, which has a positive effect on families and the places they live,” said Fitzpatrick. “It’s an honor to be recognized by fellow nurses, who are dedicated to this mission together.”

Also being honored at this year’s AAN ceremonies as new fellows are nursing school associate professors Marguerite “Peg” DiMarco, and Mary Dolansky, along with six of the school’s alumni.