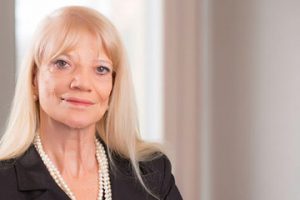 Fitzpatrick, who previously served as dean of the nursing school for more than 15 years, is one of just five selected for the prestigious award, which will be awarded in Washington, D.C. on Oct. 20.

According to a press release from the American Academy of Nursing, Fitzpatrick “is best known for her contributions toward advancing the science of nursing education at universities and health ministries around the world. From developing educational interventions focused on HIV/AIDS prevention in Uganda to designing a 10-hospital project centered on improving the nursing care provided to elders, her research has shined a spotlight on the meaningfulness of nurses’ work life.”

Fitzpatrick was president of the American Academy of Nursing from 1997 to 1999.