Fatigue and pain, along with other symptoms, prevent many people with multiple sclerosis (MS) from exercising. But a new how-to guide for a home-based exercise program, tested by researchers at Case Western Reserve University’s nursing school and the Lerner Research Institute at Cleveland Clinic, offers a way for people with MS to stay more physically active.

The researchers developed a 24-week exercise program, based on a series of pamphlets, with varying levels of difficulty. The program helps inactive individuals start at a lower, shorter level of activity and gradually build to longer, more difficult exercise routines. 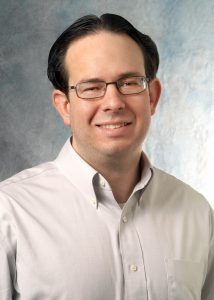 MS is thought to be caused by an abnormal immune response that attacks the central nervous system. An estimated 2.3 million people worldwide suffer from MS symptoms, which can vary from person to person, according to the National Multiple Sclerosis Society.

Along with pain and fatigue, other symptoms of MS include numbness and tingling, weakness, dizziness, feelings of stiffness, vision problems and walking difficulties.

But physical activity may help counter the debilitating physical symptoms and delay cognitive impairment associated with the autoimmune disease.

Plow is lead investigator on a study that tested a home-based exercise program to help people maintain their ability to balance, walk and use their hands and arms.

A series of pamphlets is designed to meet the individual’s starting exercise level and unique symptom profile. The program was adapted from a distance-learning intervention designed by one of the study’s researchers, Bess Marcus, from the Department of Family and Preventative Medicine at the University of California at San Diego.

The women suffered similar symptoms of fatigue and pain and also lacked the time or motivation to use a gym or take exercise classes. Each received instructions for exercise to do at home or in the neighborhood to increase their physical activity.

Participants started with the pamphlet that matched their physical activity levels. The step-by-step instructions helped participants establish an exercise routine that consists of aerobics, balance exercises and strength training.

Researchers called the participants every three weeks with questions about the women’s physical activity habits and barriers that may have prevented them from exercising. The participants also were interviewed and underwent a physical assessment at 24 weeks to track changes.

According to Plow, the program was well received—even by some of the women who had shied away from workout facilities.

Francois Bethoux from the Mellen Center for Multiple Sclerosis Treatment and Research at Cleveland Clinic and Corey McDaniel of Case Western Reserve contributed to the study.