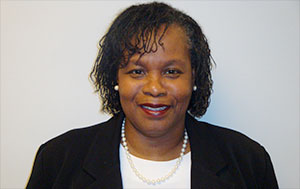 Margaret A. Wheatley, assistant professor of nursing and minority fellow at the Case Western Reserve University Frances Payne Bolton School of Nursing, died March 24. She was 67.

Wheatley earned her bachelor’s degree in nursing in 1989 and later her master’s degree in psychiatric-mental health nursing in 1992, both from the University of Cincinnati. She continued her education and earned her doctoral degree from the Frances Payne Bolton School of Nursing at Case Western Reserve University in 2009. A mental health-psychiatric nurse for more than 30 years, Wheatley dedicated her career as a nurse, educator, researcher and advocate to serving vulnerable populations, especially the elderly.

Wheatley joined the nursing school faculty in 2002 and became an assistant professor in 2010. She taught psychiatric and mental health nursing and served as a mentor for numerous undergraduate and doctorate of nursing students.

With mental health and the aging population as her focus, Wheatley researched the influence of learned resourcefulness and sense of belonging in understanding the relationship between risk factors for depression and quality of life in the elderly population.

She served as the project director on two nursing studies funded by the National Institutes of Health: The first focused on low intensity exercise in the frail elderly, while the second examined brain trauma and behavioral changes in children.

Wheatley served as president of the Ohio Nurses Association from 1993 to 1997 and was the founding chair of the ONA Minority Issues Assembly, the largest ONA special interest group. In 1996, the American Nurses Association selected ONA under her leadership to receive its Affirmative Action Award.

In 1999, Wheatley was honored with ONA’s Dorothy L. Cornelius Award for Leadership. In 2008, the National Black Nurses Association named her Educator of the Year.

Besides her colleagues and students, Wheatley leaves behind her mother, two sons, one daughter and several grandchildren.

Her wake will be held Saturday, March 30, at 8:30 a.m., followed by her funeral at noon. Both will be held at the House of Wheat Funeral Home, 2107 Gettysburg Ave., Dayton, Ohio.

Plans for an on-campus memorial will be announced at a later date.