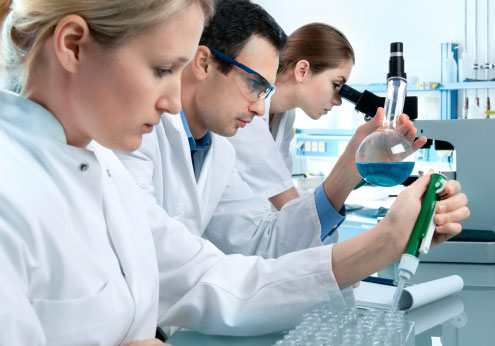 A regional partnership that helped secure more than $120 million to advance medical knowledge and treatments has won a new form of recognition: the national Health Improvement Institute’s Award for Excellence in Human Research Protection.

The honor, one of just three the institute granted this year, highlights a joint initiative designed to speed the process involved in turning research questions into real cures.

IRBs are committees that evaluate research proposals to weigh ethical considerations, and assure protection of the rights and welfare of human subjects in research. Prior to the initiative, researchers operating at more than one institution completed a separate IRB submission for each institution. Through the award-winning model, called the Collaborative Review Structure, an investigator who has secured approval from one institution’s IRB can ask other institutions’ boards to accept the approval.

The change not only maintains the highest standards of legal, ethical and quality assurance but also limits redundant assessment—which, in turn, allows research projects to launch more quickly.

“Today, we’re saying that it’s not good enough to just go from bench to bedside—because if all the knowledge rests in the academic-medical center, we still have to translate that outside of the academic-medical center to use in the community,” said Philip Cola, vice president for research and technology at UH Case Medical Center, the primary affiliate of Case Western Reserve, and the CTSA’s designated “Champion for Change.” “We have to get the most advanced treatment to patients everywhere, and these agreements allow us to reach more people than we ever have before.”

The Collaborative Review Structure grew out of a 2007 collaboration to secure a $64 million Clinical and Translational Science Award (CTSA). Members of the CTSA’s IRB Advisory Committee, led by Cola, then built upon the nascent efforts.

The greater Cleveland model since has extended to Ohio State University and the University of Cincinnati—each of whom has won CTSAs as well. The arrangement marked the first reciprocal agreement among multiple CTSA organizations and encompassed eight legally separate institutions across the state.

The cross-institution IRB agreements already have expedited research on many studies, including two involving heart failure, one designed to reduce obesity and high blood pressure among Cleveland children and another targeting a rare disease responsible for kidney failure.

This year is the first time Case Western Reserve or any of the partner institutions have received an award from the Health Improvement Institute.

“We are very proud to be recognized for thinking creatively about how we can effectively uphold all applicable ethical standards while reducing burdens and maximizing beneficence for research subjects,” Rivera said.