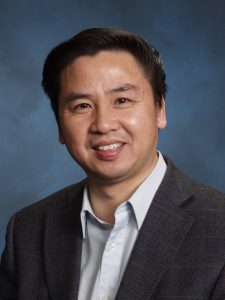 An international team of scientists has developed what may be the first one-step process for making seamless carbon-based nanomaterials that possess superior thermal, electrical and mechanical properties in three dimensions.

The research holds potential for increased energy storage in high efficiency batteries and supercapacitors, increasing the efficiency of energy conversion in solar cells, for lightweight thermal coatings and more. The study was published in the online journal Science Advances.

In early testing, a three-dimensional (3D) fiber-like supercapacitor made with the uninterrupted fibers of carbon nanotubes and graphene matched or bettered—by a factor of four—the reported record-high capacities for this type of device.

Used as a counter electrode in a dye-sensitized solar cell, the material enabled the cell to convert power with up to 6.8 percent efficiency and more than doubled the performance of an identical cell that instead used an expensive platinum wire counter electrode.

Carbon nanotubes could be highly conductive along the 1D nanotube length and two-dimensional graphene sheets in the 2D plane. But the materials fall short in a three-dimensional world due to the poor interlayer conductivity, as do two-step processes melding nanotubes and graphene into three dimensions.

“Two-step processes our lab and others developed earlier lack a seamless interface and, therefore, lack the conductance sought,” said Liming Dai, the Kent Hale Smith Professor of Macromolecular Science and Engineering at Case Western Reserve University and a leader of the research.

“In our one-step process, the interface is made with carbon-to-carbon bonding so it looks as if it’s one single graphene sheet,” Dai said. “That makes it an excellent thermal and electrical conductor in all planes.”

Dai has worked for nearly four years with Georgia Institute of Technology’s Zhong Lin Wang, the Hightower Chair in Materials Science and Engineering, and Yong Ding, a senior research scientist; Zhenhai Xia, professor of materials science and engineering at the University of North Texas; Ajit Roy, principal materials research engineer in the Materials and Manufacturing Directorate at the Air Force Research Laboratory in Dayton; and others on a U.S. Department of Defense-Multidisciplinary University Research Initiative (MURI) program (Joycelyn Harrison, program manager). Close collaboration also was made with Yuhua Xue, a research associate at CWRU and visiting scholar from the Institute of Advanced Materials for Nano-Bio Applications, School of Ophthalmology & Optometry, Wenzhou Medical University, along with Jia Qu and Hao Chen, professors in the Wenzhou Medical University.

To make the 3D material, the researchers etched radially aligned nanoholes along the length and circumference of a tiny aluminum wire, then used chemical vapor deposition to cover the surface with graphene using no metal catalyst that could remain in the structure.

The architecture yields a huge surface area, adding to the transport properties, the researchers say. Using the Brunauer, Emmett and Teller theory, they calculate the surface area of this architecture to be nearly 527 square meters per gram of material.

Testing showed the material makes an ideal electrode for highly efficient energy storage. Capacitance by area reached as high as 89.4 millifarads per square centimeter and by length, up to 23.9 millifarads per centimeter in the fiber-like supercapacitor.

The properties can be customized. With the one-step process, the material can be made very long, or into a tube with a wider or narrower diameter, and the density of nanotubes can be varied to produce materials with differing properties for different needs.

The material can be used for charge storage in capacitors and batteries or the large surface could enable storage of hydrogen. “The properties could be used for an even wider variety of applications, including sensitive sensors, wearable electronics, thermal management and multifunctional aerospace systems,” Roy said.

The scientists are continuing to explore the properties that can be derived from these single 3D graphene layer fibers and are developing a process for making multilayer fibers.

The research was funded by a U.S. Department of Defense-Multidisciplinary University Research Initiative grant under the Air Force Office of Scientific Research, and Wenzhou Medical University