Six Case Western Reserve scientists are part of an international team that discovered two compounds that show promise in decreasing inflammation associated with diseases such as ulcerative colitis, arthritis and multiple sclerosis. The compounds, dubbed OD36 and OD38, specifically appear to curtail inflammation-triggering signals from RIPK2 (serine/threonine/tyrosine kinase 2). RIPK2 is an enzyme that activates high-energy molecules to prompt the immune system to respond with inflammation. The findings of this research appear in the Journal of Biological Chemistry. 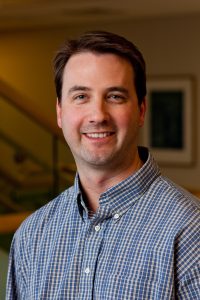 “This is the first published indication that blocking RIPK2 might be efficacious in inflammatory disease,” said senior author Derek Abbott, an associate professor of pathology at the School of Medicine. “Our data provides a strong rationale for further development and optimization of RIPK2-targeted pharmaceuticals and diagnostics.”

The normal function of RIPK2 is to send warning signals to cells that bacterial infection has occurred, which in turn spurs the body to mobilize white blood cells. The white blood cells identify and encircle pathogens, which cause blood to accumulate in the region. It is this blood build-up that leads to the red and swollen areas characteristic of inflammation. When this process goes awry, the inflammationincreases dramatically and tissue destruction ensues. RIPK2 works in conjunction with NOD1 and NOD2 (nucleotide-binding oligomerization domain) proteins in controlling responses by the immune system that lead to this inflammation process.

In this research project, investigators applied state-of-the-art genetic sequencing to learn the unique set of genes driven specifically by NOD2 proteins. They ultimately zeroed in on three specific NOD2-driveninflammation genes (SLC26a, MARCKSL1, and RASGRP1) that guided investigators in finding the most effective compounds.

Oncodesign searched its library of 4,000 compounds that targeted kinases, and after exhaustive study, narrowed the selection down to 13. Then investigators tested the 13 compounds in mouse and human cells and found that two compounds, OD36 and OD38, were most effective in blocking RIPK2.

“Based on the design of OD36 and OD38, we have developed with Oncodesign fifth-generation compounds that are even more effective than the first-generation OD36 and OD38,” Abbott said. “Our next step is to seek a larger pharmaceutical company that can move these compounds forward into Phase 1 clinical trials in humans.”

Collaborating with Abbott from Case Western Reserve were Fabio Cominelli, professor of medicine at the School of Medicine and division chief of gastroenterology at University Hospitals Case Medical Center, and Theresa T. Pizarro, professor of pathology at the School of Medicine. Additional researchers involved in the study included Justine T. Tigno-Aranjuez and Benedetta Mattioli, both of the Department of Pathology at Case Western Reserve; XiaoDong Bai, RNA Center, Case Western Reserve; Pascal Benderitter and Jan Hoflack, both of Oncodesign; Frederick Rombouts, Janssen Research & Development; and Frederik Deroose, Asclepia Outsourcing Solutions.

This work was supported by the National Institutes of Health (R01 GM086550 and P01 DK091222); an American Cancer Society Postdoctoral Fellowship Award PF-1 1-058-01-MPC; and a Burroughs Wellcome Career Award. Benderitter, Hoflack and Abbott have financial interests in the development of novel RIP2 inhibitors.