Case Western Reserve University researchers have discovered a novel population of neutrophils, which are the body’s infection control workhorses. These cells have an enhanced microbial killing ability and are thereby better able to control infection.

Neutrophils, the body’s most abundant type of white blood cells, have long been regarded as first responders that kill fungi, bacteria and other pathogens. In a study published in a recent issue of Nature Immunology, Case Western Reserve researchers explain that they have found the mechanism of action of a newly discovered population of neutrophils. A sub-population of neutrophils produce a cytokine called Interleukin 17 (IL-17) to regulate the body’s response to the infection; however the same cells were discovered to have enhanced microbial killing activity.

These cells may behave as a double-edged sword, as although they have an enhanced ability to control infection, they also have the potential to cause inflammation that results in tissue damage, and further studies are underway to regulate these activities.

The researchers, from the Department of Ophthalmology and Visual Sciences, showed that neutrophils are the first cells discovered to both produce and respond to IL-17, a messenger protein that stimulates an inflammatory response at the site of infection, and can recruit additional neutrophils to the site of infection. They also found in cornea infections that neutrophils have an important role in killing fungi, but can also break down the corneal structure and result in tissue damage and visual impairment. 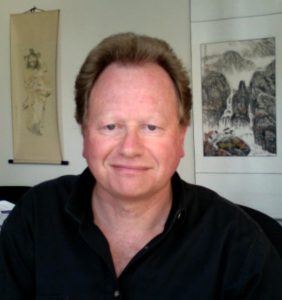 “In healthy individuals, this IL-17 feedback action gives these neutrophils an enhanced ability to respond to bacterial and fungal infections,” said senior author Eric Pearlman, professor and director of research for the Department of Ophthalmology and Visual Sciences. “Yet in people with certain immune abnormalities or genetic mutations, this process can produce high levels of chronic inflammation. When an inflammatory response does occur, it can lead to the kind of tissue damage associated with autoimmune diseases like psoriasis, rheumatoid arthritis, multiple sclerosis and lupus.”

“Although T cells are a major source of IL-17, the neutrophils arrive at the site of infection first,” said first author Patricia Taylor, a postdoctoral researcher in Pearlman’s laboratory. Therefore fungal killing and tissue damage take place even before the T cells arrive.

Pearlman and colleagues conducted their initial research on individuals with fungal keratitis, an inflammatory eye infection, at the Aravind Eye Hospital in Madurai, India. The hot, humid climate combined with agriculture results in high levels of airborne spores and a high prevalence of corneal ulcers caused by these fungi.

“We found an abundance of IL-17 being made in the infected corneas, and identified neutrophils as a source of the IL-17 in the cornea,” Pearlman said.

“This is just the tip of the iceberg,” he added. “There are so many potential diseases these IL-17 producing neutrophils could play a role in. We’re already finding other unexpected gene expressions. In the short term, we will work to further characterize these cells, see what other areas are being regulated that impact microbial killing and inflammatory response.”