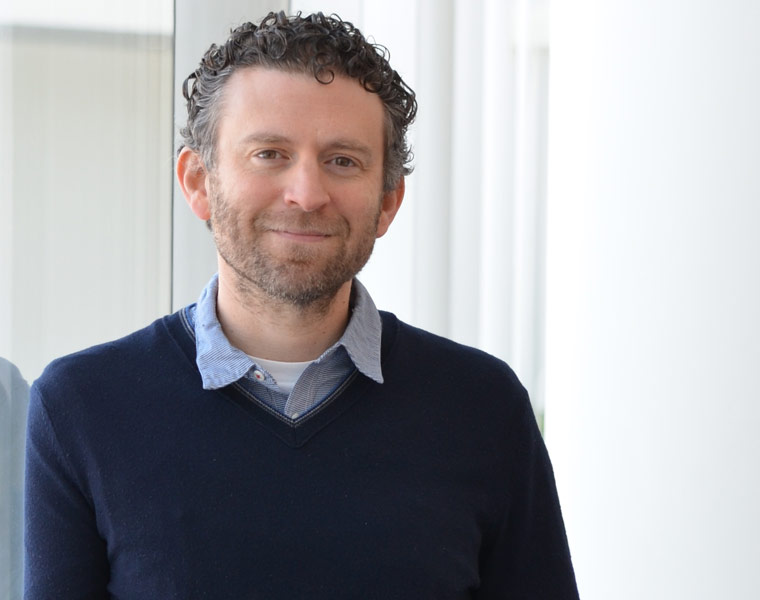 When Daniel Goldmark was a first-year undergraduate student, he felt confused about his future. Having just switched his major from botany to music, Goldmark took a chance and reached out to one of his professors in search of some much-needed guidance.

“Even though he wasn’t my official academic advisor, he kindly offered to chat after I knocked on his office door one day at the end of my first year,” recalled Goldmark, now a professor in the Department of Music. “His generosity and willingness to speak with me showed me for the first time that the relationship you have with your professors can and should go beyond the classroom.”

Goldmark credits his experience with this professor as helping him become the mentor he is today—a role that has earned him the 2021 John S. Diekhoff Award for Graduate Student Mentoring, which he’ll receive during the university’s convocation program May 30.

“The ongoing dedication he modeled for me throughout college and graduate school taught me that mentorship involves accepting your students for who they are and giving them as much support as you can,” he said.

The support Goldmark now provides for his students hasn’t gone unnoticed. A student who nominated Goldmark for this award described him as a fierce advocate who is dedicated to his students’ well-being, and a reliable source of comfort.

“He tailors his mentoring style to each one of us according to our needs, while meeting us where we are,” wrote a mentee in their recommendation letter for the award. “He is a well-rounded scholar, professional academic, teacher and, most importantly, a mentor—someone I look up to yet know I can reach out to at any time.”

Goldmark, who won the John S. Diekhoff Award for Graduate Teaching in 2010, has been known for his open, honest and consistent communication—on academic, professional and personal topics—long before winning this award.

“He is often the first point of contact in the event that students are experiencing troubles in their personal life,” wrote another nominator. “He is sensitive to student concerns, has an open-door policy and encourages students to share equally their triumphs and struggles in both school and life. The door to his office has attracted many students, including myself, who seek advice or encouragement.”

The Diekhoff Award honors John S. Diekhoff, a distinguished scholar, teacher, mentor and administrator who served Case Western Reserve in several capacities during his tenure from 1956 to 1970: professor of English, chair of the Department of English, dean of Cleveland College, acting dean of the School of Graduate Studies and vice provost of the university.
The Diekhoff Award, established in 1978, recognizes outstanding contributions to the education of graduate students through advising and classroom teaching. The annual award is presented to two faculty members who epitomize what it means to teach graduate students: to connect them with experts in their discipline, engage them academically in a forthright and collegial manner, and actively promote their professional development. In 2009, the Diekhoff Award was expanded to recognize two additional full-time faculty members who excel in the mentoring of graduate students. A committee of graduate and professional program students with the guidance of the School of Graduate Studies reviews the nominations and recommends winners.